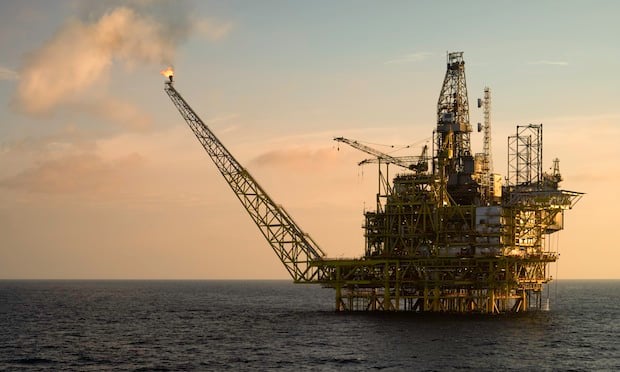 Oil was anchored near $20 a barrel after closing at an 18-year low as concerns over virus-led demand destruction outweigh an agreement by the world’s biggest producers to curb supply.

US crude stockpiles ballooned by a record 19.2 million barrels and gasoline consumption held near the lowest level in three decades last week as efforts to stem the spreading coronavirus curb travel and keep people in their homes. The International Energy Agency said Wednesday that even output cuts by OPEC+ couldn’t counter the demand collapse caused by the pandemic.

Oil has erased around two-thirds of its value this year as the outbreak pummeled demand, leading refineries to cut processing rates, drillers to halt production and global storage to swell near capacity. US output has declined only marginally and the glut is looking so severe that the Trump administration is considering paying American companies to leave crude in the ground.

“There are still questions about compliance with the agreed cuts and whether curbs will be sufficient to offset what is clearly going to be significant demand destruction,” said Michael McCarthy, chief market strategist at CMC Markets Asia Pacific. “Price action today appears to be running against sentiment,” especially after the big build in U.S. inventories, he said.

West Texas Intermediate for May delivery added 16 cents, or 0.8 per cent, to $20.03 a barrel on the New York Mercantile Exchange as of 11.47am Singapore time. The contract lost 1.2 per cent on Wednesday to close at the lowest since February 2002.

Brent for June delivery rose 1.7 per cent to $28.17 on the ICE Futures Europe exchange after declining 6.5 per cent on Wednesday.

The physical oil market is also showing signs of strain. Key North Sea crude swaps are trading the biggest discount to the headline Brent futures price in almost a decade. The critically important Dated Brent benchmark that shapes the price of millions of barrels was assessed at $20.65 on Tuesday.

U.S. gasoline demand was barely 5 million barrels a day last week, near the lowest level since the Energy Information Administration started keeping weekly records in January 1990. Crude inventories at Cushing, Oklahoma, expanded for a sixth week to the highest since December 2017.

Global demand will drop by more than 9 million barrels a day in 2020, wiping out a decade of consumption growth and exhausting storage by mid-year, according to the IEA. Consumption in April is expected to fall by almost a third to the lowest since 1995, making this year the worst in the history of the oil market.

Bharat Petroleum Corp. is seeking to cut its crude oil imports from Saudi Arabia by as much as half in May, frustrating the Middle Eastern supplier’s attempts to keep its prized Asian market intact.

At least five Chinese refiners are seeking full contractual crude volumes for May from Saudi Aramco, according to traders who asked not to be identified.

Futures dropped 3.6 per cent to 264.7 yuan a barrel on the Shanghai International Energy Exchange.