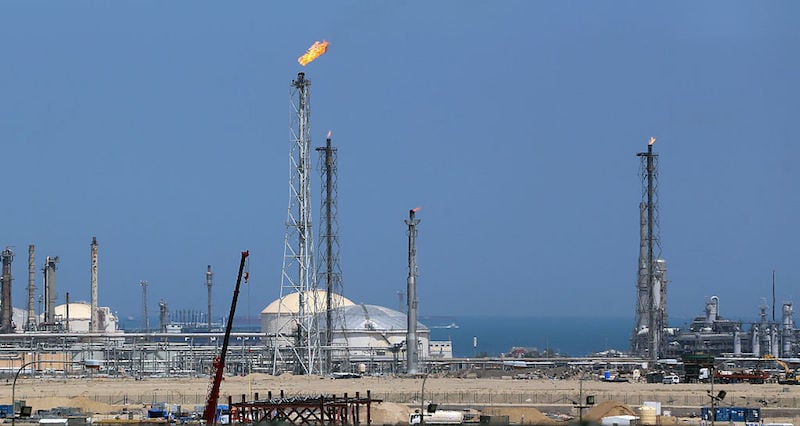 Oil turned lower on an unprecedented hit to consumption, even as policy makers attempted to kickstart the global economy.

Futures in London erased earlier gains to trade down 4.2 per cent. The boss of trading house Vitol Group said demand is down about 15 million to 20 million barrels a day and will shrink further with India’s decision to go into lockdown.

Prices had earlier rallied as the White House struck a deal with Senate Democrats and Republicans to provide $2 trillion of spending and tax breaks.

The specter of collapsing demand and a rapidly expanding oil surplus have made recent price recoveries short-lived. Brent crude’s six-month timespread has sunk into the deepest contango in more than a decade, signaling oversupply, and gauges of the physical market are also pointing to weakness, with traders expecting the glut to worsen.

As large parts of the global economy shut down to stop the spread of the coronavirus, neither Saudi Arabia nor Russia show any sign of backing down on threats to pump more oil to gain market share.

In the US, two of the biggest oilfield-service providers this week warned of a rapid rollback of shale output amid sweeping cost cuts, while oil trading houses predicted massive surpluses.

“There’s a lot of oil in the market and there’s a lot of stocks we’re going to have to build because it’s not going to get consumed,” Vitol Chief Executive Officer Russell Hardy said in a Bloomberg Television interview on Wednesday. “Demand today we think is down significantly, 15 to 20 million barrels a day at its peak over the next few weeks.”

North American producers have reined in production in the face of evaporating demand. Chevron Corp. said it would halve spending in the Permian Basin, translating to an output reduction of 125,000 barrels of oil equivalent a day from a previous forecast. Suncor Energy Inc., one of Canada’s biggest oil-sands operators, will close one of two production units at its giant Fort Hills mine.

For now, the value of physical oil supplies is even lower than headline prices. Crudes from Africa to the Middle East and Latin America are trading at sharp discounts to Brent, at their lowest levels in years, a sign of the market’s deepening glut.