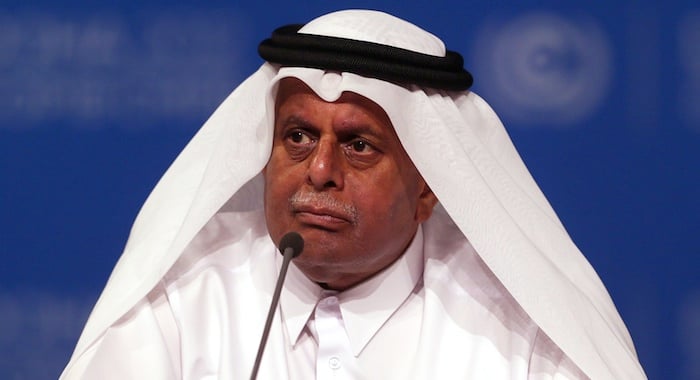 Higher oil prices are not always good for the market and the levels witnessed last year cannot be expected anytime soon, a senior official has said.

“I always believed, based on my knowledge of the market, that prices in the hydrocarbon industry go in a cycle, they never stay high or low for a long time. In my years in the industry, I saw cycles lasting an average of 15 years,” he said.

“For the last 10 years the oil price was high because India and China entered the market, as big industrial nations, with very high demand. And they bought huge volumes.

“But because prices go in a cycle, I don’t see the oil price rising to $100 a barrel again anytime soon. We should forget that level of prices for the time being,” he added.

Oil prices are currently hovering at around $50 per barrel after touching highs of $114 per barrel in June last year. The slump is mainly because of increased shale oil supply from the United States and decreasing demand from countries such as China.

“Producers in my experience need a reasonable price for their product and a healthy customer. The debate on price indexation will continue because consumers never had a clear stand on it. When the price is low they want oil indexation, but when the price goes up they change their minds,” said Al-Attiyah.

He stressed the need for dialogue between producers and consumers to ensure stabilisation and avoid shocks in the oil and gas markets.

“Producers need to know what the demand forecasts are going to be so they can make the right investments and consumers need to know if there is adequate supply…I believe that the traditional confrontation between them should be left in the past.

“We should not waste time blaming each other and should seek solutions to ensure security of supply, stability of prices and the curtailment of greenhouse gas emissions,” he added.

In a report earlier this year Standard Chartered cut its forecast for average 2015 Brent prices to $54 per barrel.

“We do not expect prices to rally strongly until supply-side dislocations become much more visible,” it said.

“The main supply-side tightening will likely come later, in mid-2016 and beyond, due to the lagged effect of capex costs on non-OPEC supply.”

Energy ministers from across the Gulf Cooperation Council countries have also expressed optimism about oil prices recovering in 2016 because of reducing supply in the market.