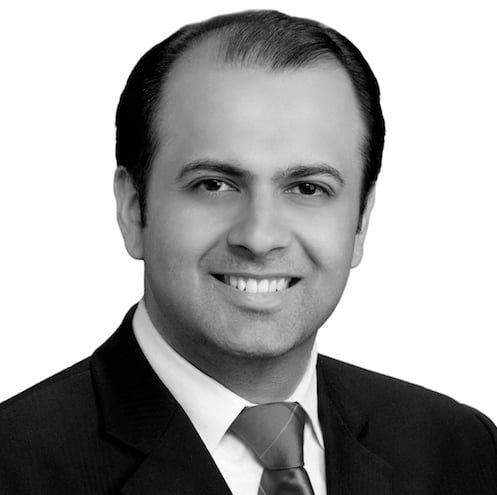 Who would have thought that the price of oil could fall so far, so quickly, for so long? Certainly not the oil and gas industry itself, which continues to experience significant challenges as a consequence of reduced oil prices.

Just over 42 per cent of oil and gas companies will be putting their strategic plans on hold in 2015 as a result of the prolonged drop in oil prices, according to a recent Grant Thornton survey of senior executives in the sector.

While this is understandable in the short term, doing nothing is not an option nor is it sustainable in the long term.

There is already clear evidence of supply chains suffering in various ways as a result of price reductions. Some companies are imposing unilateral cuts on suppliers, whatever the contract says. Our survey revealed that 42 per cent of companies believe M&A activity in the supply chain is likely as a result of the pressures suppliers are facing.

Companies will need to become agile to succeed. A mobile, flexible workforce that can be readily scaled up or down – even more so than has been the case so far – will be essential.

Even if oil prices rebound fully, it’s unlikely that supplier pricing can simply revert to where it was. Throughout the supply chain a far greater focus on operational efficiency can be expected and a greater premium on flexibility, such as more hiring of equipment rather than purchasing.

New business models are being explored beyond the supply chain too. The Wood Report on the North Sea oil industry recommended a greater sharing of infrastructure. And these different methods of working could apply elsewhere in the world, in the development of Mexican oil fields, for example. Companies willing to adopt new business models could see new opportunities open up before them.

Taking advantage of these opportunities will depend on having ready access to funding. But companies across the sector are finding it increasingly difficult to raise finance given the more uncertain returns. Anticipating the tougher lending environment, producers have been actively managing their debt positions to avoid related issues.

Companies with access to cash will also be in a strong position when a predicted wave of M&A occurs.

We see consolidation as a good thing, giving companies added flexibility and diversity. But target companies will need to face the fact of lower valuations before deals start filtering through.

So what does the future hold for the oil and gas sector?

Despite being on the losing side of the slump in oil prices, individual companies can survive and even thrive. The winners will be those who can access to cash, that are agile and dynamic, and can spot opportunities even in adversity.

In terms of the local market here in the United Arab Emirates, the economy is expected to continue to grow due to the country’s strategic plan to diversify its economy.

Although the UAE is now less dependent on natural resources as a source of revenue, petroleum and natural gas exports still play an important role in the economy.

However, the country’s continued efforts for the diversification of the economy have provided a shield against the slumping oil prices.

Oil today accounts for less than a third of the GDP as compared to 90 per cent of the GDP in 1970. It is predicted that the input of oil revenues to the UAE’s GDP is set to go down from approximately 30 per cent to only 5 per cent by 2021.

This is also evident in the Dubai budget released earlier this year in which only four per cent of government revenues comes from oil which continues to further safeguard the economy.