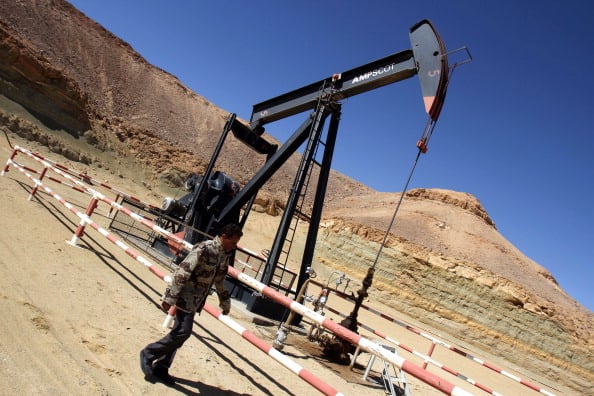 Oil prices rose more than $1 to fresh 2015 highs on Wednesday, continuing a month-long rally that has been supported by a weaker dollar and a disruption to crude exports from Libya.

Oil bulls have pushed prices higher this week, after a rally of 20 percent for Brent and 25 percent for US crude prices in April, despite indications that the Organization of the Petroleum Exporting Countries (OPEC) may keep production unchanged at current high levels at a meeting next month.

“We haven’t seen hedge funds and money managers to be as optimistic and bullish as they are currently. They are at their most bullish since July last year, when the oil market fundamentals haven’t really changed that much,” said Vyanne Lai, oil analyst with National Australia Bank.

She added that given heightened geopolitical risks in Yemen, money managers were probably “using the volatility as an excuse to speculate the oil prices higher”.

Witnesses in Yemen have said that Saudi forces, leading an Arab alliance waging a mostly air campaign on the Iranian-allied Houthis, have shelled the Yemeni side of the border after the Shi’ite militia fired several rounds towards Saudi territories.

In Libya, protests have stopped crude flows to the eastern port of Zueitina. Libyan output is currently below 500,000 barrels per day, a third of what the country pumped before 2010.

Oil prices also drew support from the dollar that is headed for a fourth weekly loss against a basket of currencies, as well as from an industry report showing US inventories fell 1.5 million barrels last week, for the first time this year, versus analysts’ expectations for a 1.5 million barrel build.

“Depending on how production figures turn out, the new highs could be tested again,” said Phillip Futures Energy analysts in a note on Wednesday.

“If production drops below 9.3 million barrels a day, we find it very likely that prices would break this and end off at $62.33 and $69.11 for WTI and Brent (respectively).”