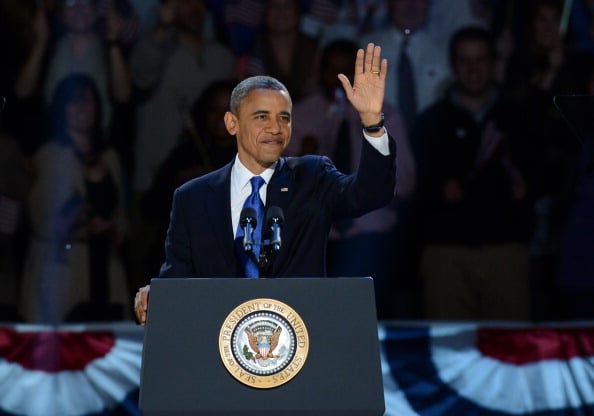 Brent crude fell nearly 4 per cent on Wednesday as problems facing the economies of the United States and Europe darkened investor sentiment a day after the re-election of U.S. President Barack Obama.

Lopping off Tuesday’s U.S. election day gains, crude fell faster than the Dow Jones Industrial average, which was off more than 2 per cent.

But signs of growing economic headwinds on both sides of the Atlantic cast the biggest pall over trade.

Obama, a Democrat, and Republicans who kept their majority in the U.S. House of Representatives, must cut a deal to avert the “fiscal cliff” – $600 billion in automatic tax increases and spending cuts set to kick in on January 1 that economists warn could spur a recession.

In Europe, Central Bank President Mario Draghi said the ECB expects the euro zone economy to remain weak “in the near term,” stirring worries about the impact on fuel consumption that have weighed on markets throughout the year.

John Kilduff, a partner at hedge fund Again Capital LLC in New York, said the election changed little, “other than the U.S. being a day closer to having to deal with major fiscal policy issues.”

Front-month Brent futures traded down $4.25 to settle at $106.82 a barrel, erasing gains from the previous two sessions.

U.S. crude fell $4.27 to settle at $84.44 a barrel, marking the lowest settlement since July, with trading volumes picking up late in the session after prices snapped through lows hit on Monday.

Refined product futures also fell in light trading, with RBOB gasoline off 4 per cent and heating oil down 3 per cent. Trading volumes for the two contracts were 10 per cent below the 30-day moving average in late post-settlement activity.

“The market is definitely sliding with the equities, it feels like a risk-off trade,” said Richard Ilczyszyn, Chief market strategist and founder of iitrader.com LLC in Chicago.

The drop in oil came after gains of 3 per cent on Tuesday when expectations of a potential win by Republican presidential candidate Mitt Romney lifted equities and crude on expectations energy and defense companies would benefit from his policies.

Oil analysts said Obama’s win could help underpin prices, with the potential continuation of easier monetary policies that have helped push investors into commodities and other risk assets in recent years.

“His re-election should be viewed as rather bullish for oil, as in addition to a tougher stance on energy regulations and licensing in the U.S., he is friendlier towards expansionary monetary policies than his opponent in the presidential race, Mr Romney,” consultancy JBC Energy said in a note.

Oil markets have been balancing the impact of the struggling economy on fuel demand against the geopolitical uncertainties in the Middle East and supply shortfalls in the North Sea for months.

In the wake of Hurricane Sandy, which upended the fuel distribution infrastructure across New York and New Jersey last week, traders were closely watching weekly U.S. inventory data from the Energy Information Administration for the storm’s impact on stockpiles.

Gasoline inventories along the Gulf Coast surged by 4.6 million barrels during the week to November 2, rising after Sandy cut off pipelines to the Mid-Atlantic region where supplies of the fuel fell by more than 1.2 million barrels.