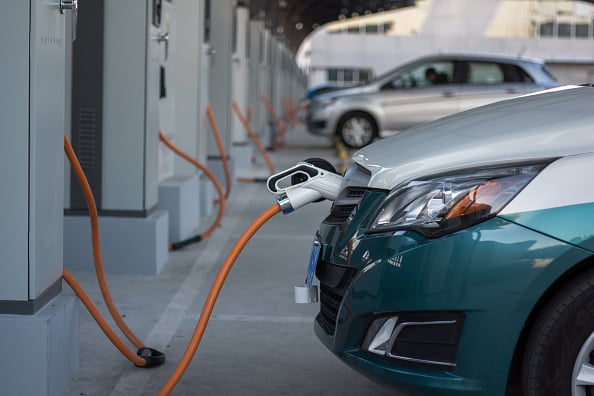 Oil demand is set to peak by 2030 as demand for electric vehicles increases, according to a study by Bank of America Merrill Lynch (BofAML).

The company said oil demand has primarily been driven by transport over the last five decades to total 54 per cent of global demand today.

Based on this reliance on the sector, oil demand is expected to peak by 2030 as the capabilities and cost efficiency of electric vehicles increase.

Battery production costs have fallen 50 per cent from 2010 to 2015 and are expected to continue to fall 25-30 per cent every five years to 2030, according to BofAML analysts.

This means electric vehicles could become comparable on a cost basis to traditional combustion engine vehicles by 2023, at current forward prices of $60 a barrel, according to the bank’s estimates.

Taking into account current subsidy regimes, which account for up to 25 per cent of the cost of a vehicle in some countries, cost equivalency could come as early as 2018 but manufacturers are deemed unlikely to have sufficient capacity until the next decade.

The bank had previously forecast in May 2016 that EVs would account for 10 per cent of sales by 2030 and 20 per cent by 2050 but has since seen production commitments from major global manufacturers.

This in turn means that global oil demand will begin to slow drastically from early 2020 and turn “outright negative” before the end of the decade.

However, there will be different stories in emerging and development markets.

Global transport demand is expected to increase as the world’s population surges from 7.3 billion to around 9.8 billion by 2050 thanks largely to the growing population of India.

Car penetration in China stands at 10 per cent today and a significantly smaller 2 per cent in India and has room to grow in comparison to developed markets, where oil demand peaked in 2005.

As a result, peak oil demand will not occur in emerging markets until 2035, with developed markets expected to see a larger switch from conventional to electric vehicles early on due to better infrastructure.

“But as we see EVs hit cost breakeven with conventional they will proliferate in EMs alike. Our auto analysts expect half of global EV sales to be in China alone by 2030. Once the entire car fleet has switched to EVs, EM oil demand may start growing again towards the end of the forecast horizon in the 2050s, on petchem demand and non-road-based transport (e.g. air travel),” BofAML said.

The forecast comes following the launch of new electrical vehicles incentives and projects in the Gulf region.