Oil Below $105 As Iraq Pumps Crude Despite Conflict | UAE News 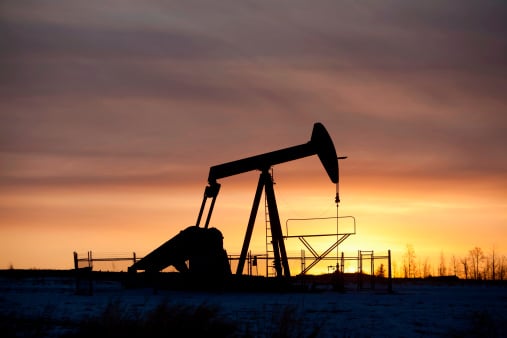 Brent crude oil slipped below $105 a barrel on Monday as US intervention in Iraq eased concerns over the risk of disruption to supply from OPEC’s second-largest producer.

Oil jumped sharply at the end of last week as Islamic State fighters made rapid gains in parts of northern Iraq and came within striking distance of more of the country’s oilfields.

Oil exports from southern Iraq are near record levels and the Kurdistan Regional Government’s (KRG) oil pipeline via Turkey is operating normally and pumping 120,000 barrels per day (bpd) of crude oil.

“The oil market is not as worried now about what is happening in Iraq,” said Carsten Fritsch, senior oil and commodities analyst at Commerzbank in Frankfurt.

“The market has become more complacent about supply again. But complacency is dangerous. Given the geopolitical tensions, a spike in oil prices cannot and should not be ruled out.”

Oil markets are well supplied in most parts of the world, and North Sea crude oil for immediate delivery is trading at a discount of $1 to $2 below the Brent futures front month.

Simon Wardell, analyst at Global Insight, said the market’s focus was on how fast-moving events in Iraq might unfold.

“There’s talk of changes in Baghdad. The oil market is sort of waiting to see what happens,” Wardell said.

Prompt Brent prices are unlikely to move higher unless there’s a significant disruption in supply, analysts argue, although prices have risen in the future months on concerns about future output growth.

Ample OPEC production has also weighed on oil prices. OPEC said its members increased output in July despite violence in Iraq and Libya while trimming its 2014 demand growth forecast.