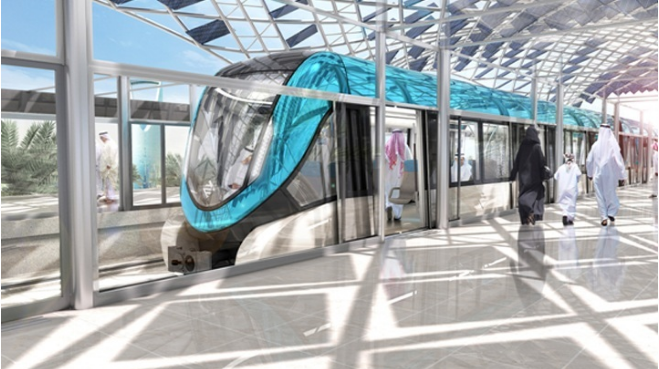 Riyadh Metro, one of the major transportation projects being developed in Saudi Arabia, is 26 per cent complete, a senior official said.

Riyadh governor Prince Faisal bin Bander said that the project was on track to be completed within the ‘allocated time’, local daily Arab News reported. According to previous announcements, the metro is set to become operational by 2019.

The project update also comes after reports of it being delayed circulated in the press. The kingdom is grappling with low oil prices that are squeezing its public coffers. This in turn has invoked fears of a slowdown in spending. But officials have allayed such fears.

Bander said that number of people employed within the project will increase in the coming days. Currently 31,000 workers, including 7,000 engineers and administrators, are working on the Riyadh Metro.

Valued at $22.5bn, Riyadh Metro has six lines and stretches across 176km. The work on the metro project started on April 2014 and is expected to cater to Riyadh’s growing population, which is expected to increase 50 per cent by 2035 to 7.5 million. Upon completion, the project – Saudi Arabia’s first underground rail network- is expected to serve 400,000 passengers.

Authorities have been gradually awarding Riyadh Metro’s contracts to various engineering firms over the last two years but concrete work on the project began only this year. In July 2015, the consortium working on the project said that tunneling work on the Riyadh Metro’s first line has started. The consortium, led by engineering firm Bechtel, is working on the design, construction, train cars, signaling, electrification and integration of Lines 1 and 2 of the Riyadh Metro. Other partners within the group include Saudi-based Almabani General Contractors, Consolidated Contractors Company, and Germany’s Siemens AG.

Saudi Arabia is working on a slew of rail projects as it looks to diversify its economy from oil. According to a report by MEED Projects, the kingdom has set apart nearly $50bn to develop various rail projects within the country.