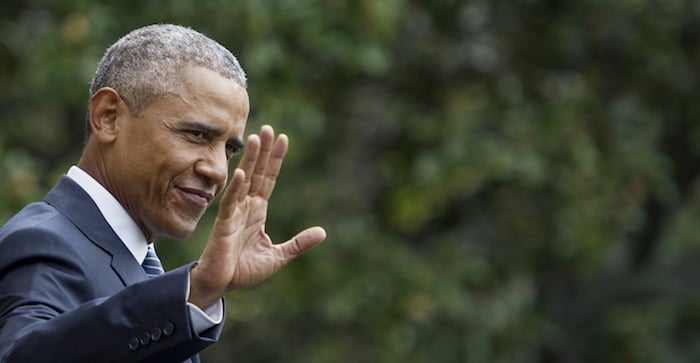 U.S. President Barack Obama scored a major foreign policy victory on Wednesday by securing enough Senate votes to protect the Iran nuclear deal in Congress, but Republicans pledged to keep up their fight against the pact with new sanctions on Tehran.

Democratic Senator Barbara Mikulski said she would support the deal announced on July 14 between world powers and Iran, which exchanges relief on economic sanctions for Tehran’s agreeing to curtail its nuclear program.

Mikulski brings the list of senators backing the deal to 34, 32 Democrats and two independents who typically vote with Democrats, enough to sustain Obama’s promised veto if the Republican-controlled Congress passes a disapproval resolution.

The next goal for the agreement’s backers is to see if they can gather at least 41 Senate votes to block a disapproval resolution in the Senate and keep Obama from having to use his veto power.

“No deal is perfect, especially one negotiated with the Iranian regime. I have concluded that this Joint Comprehensive Plan of Action is the best option available to block Iran from having a nuclear bomb,” Mikulski said in a statement.

The White House welcomed growing support for the agreement and said it would keep working with lawmakers to secure as much backing as possible.

Republicans dismissed Wednesday’s news and made clear they still intend to fight the deal.

Republicans have said they will pursue additional measures to crack down on Iran even if the deal survives congressional review, including imposing sanctions over human rights violations or providing financial support to terrorists.

“The White House may have convinced just enough Democrats to back an agreement … but this deal is far from being implemented,” said Cory Fritz, spokesman for Republican Speaker of the House John Boehner.

Senator Bob Corker, the Republican chairman of the Senate Foreign Relations Committee, has said that soon after debating the Iran deal, Congress will likely pass a 10-year extension of the “Iran Sanctions Act,” which expires at the end of 2016.

In addition, Republican state officials, including Oklahoma Attorney General Scott Pruitt and Michigan Attorney General Bill Schuette have urged all 50 U.S. states to impose their own sanctions on Iran.

Obama administration officials have expressed skepticism about renewing the sanctions law, and Tehran has said it would consider new sanctions a violation of the nuclear agreement.

Democratic aides said they would resist any attempt by Republicans to re-impose sanctions lifted under the nuclear agreement by trying to link them to rights violations.

Secretary of State John Kerry gave a speech on the deal on Wednesday, arguing its benefits outweigh any drawbacks and promising a continued U.S. hard line against Iran.

“Have no doubt. The United States will oppose Iran’s destabilizing policies with every national security tool available,” Kerry told about 200 people in Philadelphia.

U.S. lawmakers have until Sept. 17 to vote on a “resolution of disapproval” that would weaken the international pact by eliminating Obama’s ability to temporarily waive many U.S. sanctions on Iran.

The Senate and House of Representatives will start voting on the issue as soon as next week.

With Republicans virtually united in opposition, Democrats have spent the summer rallying support for an agreement seen as a potential legacy foreign policy achievement for Obama.

Deal supporters’ first goal was to muster enough votes in the Senate or House to sustain Obama’s veto of a disapproval resolution.

Senate leadership aides said it was still too early to say whether supporters could secure the next target of 41 votes.

Opponents would have needed two-thirds majorities in both the 100-member Senate and 435-member House to override Obama’s promised veto.

EYES ON THE UNDECIDED

Mikulski’s support leaves 10 undecided Senate Democrats. Two, Charles Schumer and Robert Menendez, have announced that they will oppose the agreement.

So far, more than 90 members of the House, all Democrats, have said they support the bill. Nancy Pelosi, the House Democratic Leader, has said she expects to gather enough votes to sustain a veto.

The issue has also begun to play a role in the 2016 U.S. presidential election. All of the main candidates for the Republican nomination oppose the deal, although they differ on how they would try to stop it if they reached the White House.

Opponents of the nuclear pact say it gives Iran too much sanctions relief in exchange for an insufficient regime for inspecting Iran’s nuclear facilities. They worry Tehran will use a $50 billion “windfall” to finance militant groups that might threaten U.S. allies, including Israel.

Israeli Prime Minister Benjamin Netanyahu has been a vociferous opponent of the nuclear agreement. Some U.S.-based pro-Israel groups have spent millions of dollars on campaigns urging lawmakers to oppose it.

A senior Israeli official who declined to be named said Netanyahu would continue to resist the accord.

“Prime Minister Netanyahu has the responsibility to speak out against a deal that endangers Israel, the region and the world and he will continue to do so,” he said.