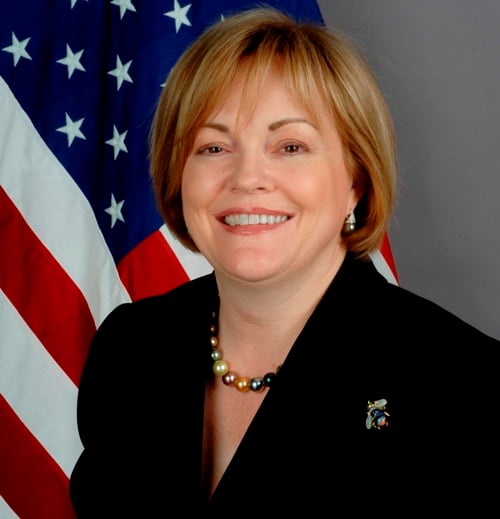 President Barack Obama on Wednesday nominated a veteran US Middle East diplomat as ambassador to Libya, filling a post that has been vacant since Ambassador Christopher Stevens was killed in an attack in Benghazi in September.

Deborah Jones, a career diplomat, is a former ambassador to Kuwait and has served at embassies and consulates in Syria, Turkey, the United Arab Emirates and Ethiopia.

Her appointment to take over as Washington’s envoy to Libya comes six months after Stevens and three other Americans were killed in a Sept. 11 attack on the U.S. consulate in Benghazi.

Political controversy has lingered in Washington over the initial U.S. response to the Benghazi assault, with Republicans accusing the Obama administration of withholding information and the White House defending its handling of the matter.

Jones’ nomination was announced as Libyan Prime Minister Ali Zeidan, part of a government in power after dictator Muammar Gaddafi was ousted in a 2011 revolt backed by a NATO bombing campaign, visited Washington for meetings with Secretary of State John Kerry and senior White House officials.