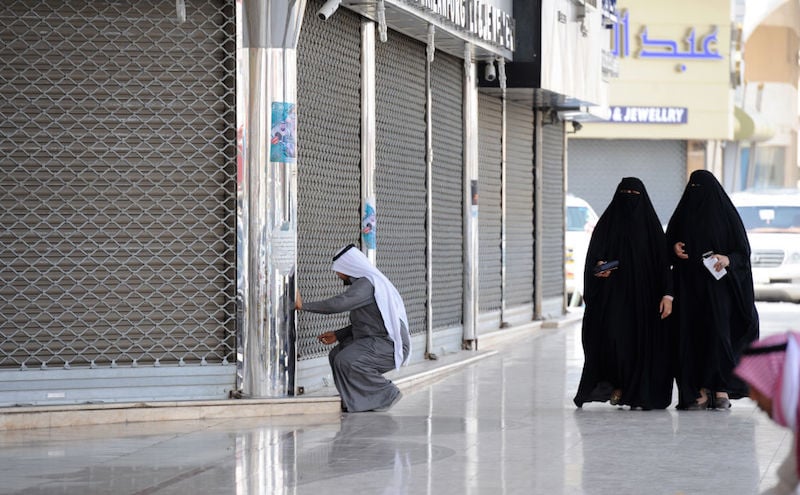 Several shops in Saudi Arabia are shutting down as the deadline looms for the Saudisation of certain retail businesses, local media reported.

From September 11, automobile and motorbike shops, shops selling readymade garments and children’s and men’s wear, home and office furnishing stores and household utensil outlets will have to ensure that 70 per cent of their employees are Saudi nationals.

The move will coincide with the Islamic New Year, which is expected to fall on September 10 or 11, depending on the sighting of the moon.

Stores in Riyadh, Dammam and Madinah have already started to nationalise their workforce, as the Saudi Labour and Social Development ministry begins inspections to ensure compliance, Saudi daily Okaz reported.

However, a number of stores have also been forced to shut down since they remain heavily reliant on expatriates, the report added.

The new Saudisation regulation, announced in January, will also apply to jobs in other retail segments.

It will take effect at store selling electronic and electric appliances, watches and eyeglasses on November 9, 2018.

Meanwhile stores offering medical equipment and devices, building materials, car spare parts, carpets and rugs, and confectionary shops will have to Saudise their workforce by January 7, 2019.

According to reports, training courses were held in several regions of the kingdom for male and female inspectors to detect and document labour violations A total of 200 inspectors will be deployed across the country to catch any violating stores from September 11.

“Saudising these jobs will bring benefits to Saudis and the national economy. After all, the Saudi retail market is estimated at around SAR375bn and can create a million job opportunities. Also, the Saudisation plan for the sector comes in line with the Saudi Vision 2030 aiming to create rewarding incentives to develop small and medium-scale businesses,” he said.