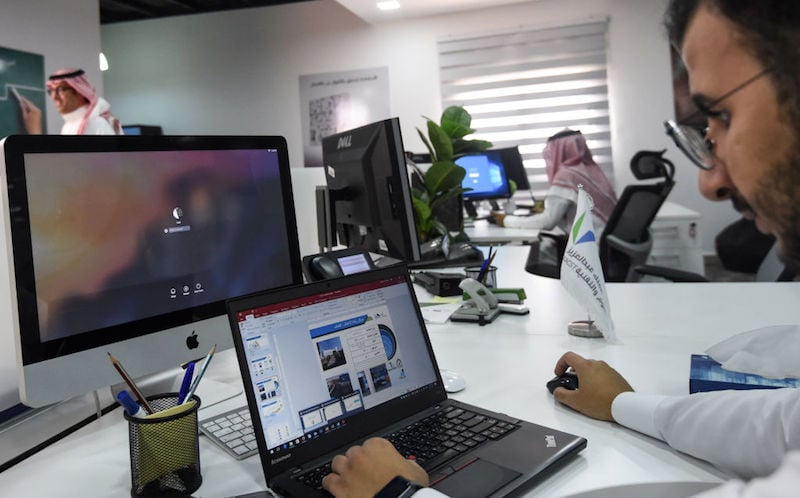 The number of expatriates working in the public sector in Saudi Arabia stood at 60,400 last year, according to local media reports.

Among them, men held 29,600 jobs – a decrease of about 12.7 per cent compared to 2016, while non-Saudi women workers held 30,800 posts – down about 7.3 per cent in comparison to the previous year, local daily Saudi Gazette quoted Al-Watan as reporting.

The report cited Saudi Arabian Monetary Authority (SAMA) as stating that the total number of government employees — Saudis and non-Saudis — stood at 1.23 million last year, marking a drop of about 0.8 per cent year-on-year.

Saudis constituted 95.1 per cent of the public sector workforce.

The number of Saudi women holding government jobs increased by about 0.4 per cent to reach 476,347 while the number of men working in the public sector reduced slightly by 0.95 per cent year on year to reach 697,000 in 2017, the report added.

In September last year, Saudi Arabia’s civil service ministry announced it is in the process of a plan to replace non-Saudis in all public sector roles.

Deputy minister of civil service Abdullah bin Ali Al-Malfi said the ministry plans to replace foreigners in at least 28,000 roles by the end of 2020.

The ministry said it held workshops with government agencies to establish a gradual timeline for transitioning foreigners out of government roles.

Al-Malfi said the majority of public sector jobs occupied by non-Saudis were in healthcare and higher education.

The kingdom is also moving to replace foreigners with Saudis in several private sector roles as well. Bank of America Merrill Lynch (BofAML) said in a February report that “tens of thousands” of expats could lose their jobs under new restrictions, although there was no specific data available.