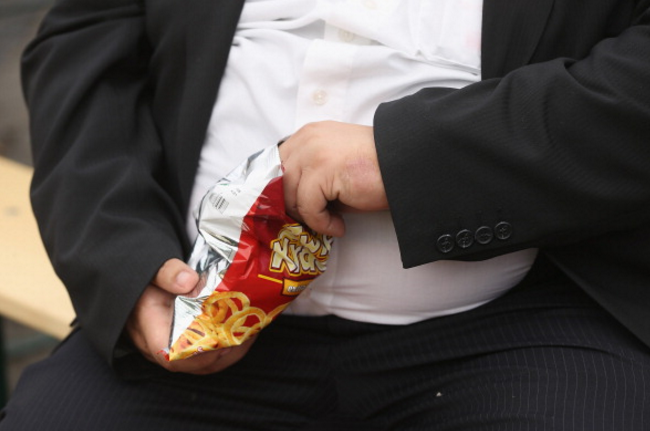 It seems a common question in the face of our rising healthcare costs: Who or what is to blame? Fingers are pointed everywhere – at physicians, the cost of medical procedures, big pharmaceutical and insurance companies. But the main reason, really, is you and me. Our poor lifestyle choices. It’s that simple.

Of course what is not so simple is why we make these choices. Let’s face it, they are led in large part by what we don’t know. Let’s take as an example the big issue, which is the food we eat. According to a physician friend of mine here in Dubai, the ballooning rates of non-communicable diseases (NCDs) are directly tied to the Western diet we eat, which is high in sugar, grains and processed foods.

And most of us simply don’t have a clue about this. Or we don’t believe the extent of it. And it doesn’t help that our grocery store shelves are mostly lined with these types of foods. And that the food industry has deep advertising pockets which it uses to remind us all day in visual format just how amazing these foods taste.

Add to that other factors such as alcohol consumption, smoking, lack of physical activity and the chronic stress many of us have to live with in this modern age, and it is no wonder that we are losing the battle. The reality is that those NCDs – which include among others diabetes, heart disease, cancer, Alzheimer’s, and autoimmune diseases – are responsible for 60 per cent of all deaths in Gulf Cooperation Council countries. And the costs associated with managing these types of illnesses are now completely overwhelming us.

It would be very hard to argue against the fact that better lifestyle choices would result in lower healthcare costs. But to drive the point home, let’s take a look at the numbers to see if we can get a better picture of how these so-called “lifestyle diseases” are driving up healthcare costs for businesses and governments alike – as well as all of us individually.

Note that most of the statistics below are out of the United States, where facts and figures are easy to come by. In addition, the picture presented in the United States is now very much representative of the situation here in the Gulf. That is – we have adopted that Western diet; the majority of you reading this are sitting at desks all day and are fitness averse; chronic stress is part of the working culture; and, well, you get the picture.

Cardiovascular diseases account for 17.5 million of the 38 million deaths each year that are attributed to NCDs. When we consider that the World Health Organisation predicts that around 3.2 million of those deaths are the result of insufficient physical activity, we begin to see just what a bearing our lifestyle has on our overall health. That’s before we even consider the impact of diet, obesity, smoking and excess drinking on heart health (but more on that below).

An estimated 47.5 per cent of the United Arab Emirates’ population is overweight and obesity rates in the country are twice the global average. As for what causes this particular ailment (no, not genetics), let’s look at what the United Kingdom’s National Health Service says about its country’s rising rates: “Eating too much and moving too little.” Perhaps to be a bit more precise I would suggest: “Eating too much of the wrong foods.”

The costs are no doubt heavy. In the US, where an estimated 31 per cent of the population is obese, obesity-related health insurance claims are estimated to total $93bn per year. For companies the figure translates as follows: A recent study by the American Journal of Health Promotion found that a healthy-weight employee costs $3,830 per year in medical claims, sick days, short-term disability and other medical costs, while an obese employee costs over double that at $8,067.

Diabetes affects over 370 million people worldwide and is responsible for one death every seven seconds. What is particularly worrying for our corner of the world is that seven countries from the Middle East and North Africa made the top-20 list for most affected nations. The UAE is number nine on that list, with 20-25 per cent of the population suffering from this potentially devastating illness.

The American Diabetes Association, put the total cost of the disease in the US at over $250bn. Of this number, over $170bn is down to medical costs, with the rest representing absenteeism and lost productivity.

At a recent healthcare conference on the subject, the MENA regional chair at the International Diabetes Federation Professor El-Sayed stated what should now be very clear to all of us: Increasing the accessibility of healthy food choices will reduce the global burden of diabetes and save billions in lost productivity and healthcare costs. When you consider that as many as 70 per cent of type 2 diabetes cases (which make up 90 per cent of all diabetes cases) are preventable – equivalent to around 150 million cases between now and 2035 – the potential healthcare savings are massive.

Would you believe me if I told you that the UAE’s alcohol consumption rate was measured some years back at 32.8 litres of alcohol per person per year – which was twice the global average and put us ahead of the UK, US and Australia? In a study carried out over 2008 to 2010 across 104 WHO member states, those were the exact findings. (I will point out that 85 per cent or more of the UAE is made up of expats, who were of course included in the study.)

The WHO states that globally over three million deaths a year are caused by alcohol directly – over half of which are the result of NCDs such as liver and heart disease. As for the costs, in the US excessive alcohol abuse is estimated to be in the hundreds of millions (but these are just the more measurable direct costs and so we can expect the total costs to be much higher).

And with an important tie back to the corporate world, it’s important to point out that of those costs, 72 per cent were due to losses in workplace productivity, revealing that it is employers who truly face the biggest brunt of the cost of alcohol consumption.

Smoking is one of the leading causes of preventable deaths around the world, resulting in over six million deaths each year. It is expected to account for at least eight million deaths by 2020. But the biggest impact on corporate costs comes from lost productivity during cigarette breaks rather than from associated healthcare costs.

A recent study by Ohio State University took a comprehensive look at the financial burden that smoking places on businesses across the US and found that each smoker cost his or her employee $5,816 each year. Of these costs, smoke breaks were responsible for $3,077, while medical costs came in second at $2,056.

The only way to significantly lower costs

But it is clear that our unhealthy lifestyles (caused mainly by choice) are responsible for the majority of healthcare costs in most countries – and certainly here in the UAE. And those costs will keep rising as population rates rise and we continue living in the same manner or get worse.

It’s a vicious circle that looks something like this: With medicines able to treat or “mask” symptoms but offer no cure, we are able to live longer lives but we are doing so with far more chronic illnesses that require ongoing and costly treatment. So basically: Eat poorly (and smoke or drink or don’t exercise), get sick, take medicines and undergo costly treatments, repeat.

I’ve written about workplace wellness programmes and therein lies a huge part of the solution. Companies in the UAE need to get moving on this. Right now. Because it works.

A recent study in the US concluded that return on investment on workplace wellness is $3.27 for every dollar spent – with sick leave alone down by almost a third at companies who have implemented a programme. That’s before you even consider the potential preventative costs that can be found in creating and maintaining a healthy workforce – and society – in the long term.

Let me leave you with this real-world example from the American giant Johnson & Johnson. The company runs numerous wellness initiatives at any given time and stats from some of the more successful ones include: 42 per cent of its smokers involved in smoking-cessation programmes quit within six months; 55 per cent of those who took part in a weight-loss programme reduced their weight; and 58 per cent of those in stress management programmes saw improvements.

The company says that its efforts have in some years resulted in per-capita health-plan costs of $400 per employee and “significantly improved overall employee health and productivity.”

The message is that you – the decision-makers at the corporations – must take the initiative. Stop looking for answers from others, and stop looking for quick fixes. Those savings will not come overnight. It will take some time for you to find the right mix of wellness initiatives for your company. But one thing is for sure: If you do nothing, expect those costs to keep rising. Don’t say you weren’t warned.