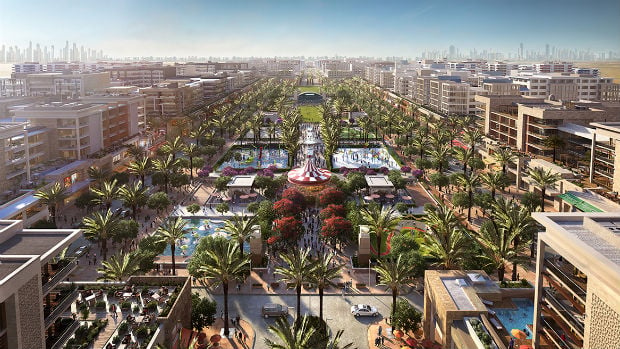 Private developer Nshama announced that it has launched Town Square, an integrated residential development near the Al Barsha area in Dubai.

Spread across 750 acres of land, Town Square will feature 3,000 townhouses and 18,000 apartments in addition to retail, hospitality and commercial units.

Residential units in the development will include a mix of three and four bedroom townhouses and mid-rises with one, two and three bedroom apartments, the developer said.

“It also meets the significant demand for middle-income value housing with quality and affordable price points as our prime consideration,” said Fred Durie, CEO of Nshama.

“All our projects are similarly planned to meet the growing middle-income demand for end-user homes, led by our vision to bring a new lifestyle choice to Dubai that transforms the lives of people.”

The developer did not reveal the value or the scheduled completion date of the project.

Nshama is also developing another lifestyle project in Dubai through a joint venture with Mohammed bin Rashid foundation (MBRF).

As per the deal, MBRF will extend part of its land bank to Nshama to develop an integrated community project at a central location in Dubai, the developer said in an earlier statement. Further details of the project are yet to be disclosed.

Dubai’s residential home market has slowed down over the last few months due to an anticipated gowth in supply towards the end of this year.

But that has not deterred developers from launching new projects.

Earlier this week, Dubai developer Emaar launched Acacia at Park Heights, which is a new project within Dubai Hills Estate in the first phase of Mohammed Bin Rashid City.

Meanwhile, the emirate’s ruler Sheikh Mohammed bin Rashid Al Maktoum also launched four projects recently that include elements such as snow fountain and vertical gardens. The projects will be developed by the Wasl Asset Management Group and consist of both residential, hotel and other retail developments.