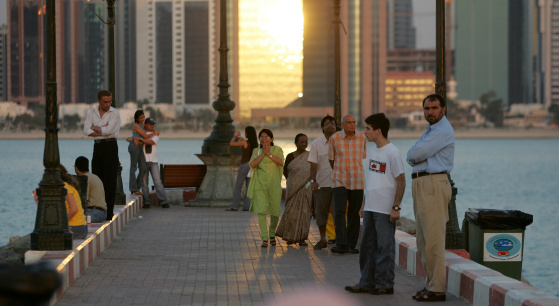 Around 80 per cent of non-resident Indians (NRIs) in the UAE have between two to five dependents to support back in India, according to a whitepaper by global insurance and investment firm Friends Provident International.

The paper also showed that India’s less developed pension system drove NRIs to support their parents and children rather than saving for their own retirement.

Culturally, Indians consider the education of their children and their wedding expenses as fundamental financial planning requirements.

In line with that, about 90 per cent invest heavily in their children’s education in the expectation that this will help the children with their careers and to lead more fulfilling lives, the study found.

This follows previous research, which showed that NRIs in the UAE put aside an average of 70 per cent of their disposable income for investment and saving.

“Much has been said about the UAE’s many spending temptations and the fact that expats are not saving enough for their retirement, or for other important events in their lives,” said Marcus Gent, managing director, Middle East and rest of the world at FPI.

“We see that non-resident Indians, be they high or low-income earners, have incredible financial discipline and their culture of saving makes them a great case study, highlighting the value of careful financial planning.”

A previous survey by Friends Provident showed that around 85 per cent of NRIs in the UAE send money home on a regular basis.

This has made the UAE a thriving market for currency exchange firms with the majority of Indians and South Asians opting to remit money to their home countries.

The whitepaper also noted that the remittance fees to transfer money from the UAE to India were relatively cheaper compared to other countries such as the UK and Australia.

“Earning in dirhams could translate favourably into a comfortable retirement, especially given the current weakness of the Indian rupee. For investment opportunities, India is an attractive prospect for the savvy, better-off white-collar Indian investor- and remittance and investment flows from the UAE to India clearly confirm a continued and increasing appetite,” Gent said.

However, he cautioned that Indians should also try and diversify their investments to earn better returns.

“NRIs should consider carefully their strong home country bias when it comes to planning their savings and investments – in particular the preference for investing in gold and property,” said Gent.

“While gold can be a good diversifier – because it is negatively correlated to many mainstream asset classes – it is important that any portfolio is balanced and diversified, both geographically and by asset class. That way it is more likely to generate a less volatile return.”