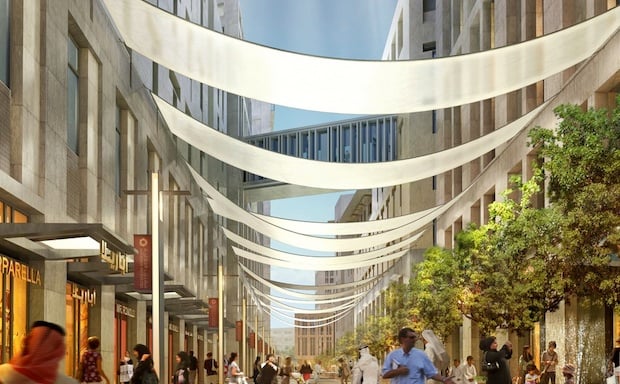 UAE-based Novo Cinemas will open a new cinema complex in upcoming development Msheireb Downtown Doha, it was announced on Monday.

The complex will feature standard cinema screens and a new VIP ‘seven-star’ offering, a statement said.

The new Novo Cinemas multiplex at Msheireb Downtown Doha is due to open within The Galleria shopping mall – which will have over 100 shops when completed.

Msheireb Downtown Doha is part of a regeneration plan to revive the old commercial district. The renovated social and civic hub claims to be the world’s first sustainable downtown regeneration project.

Cars and traditional services will be placed underground in several basement levels, and the project will also be served by a dedicated tramway.

Debbie Stanford-Kristiansen, CEO, Novo Cinemas commented: “As we continue to expand our presence in the Middle East, Novo Cinemas in Msheireb Downtown Doha will be a unique addition to our collection. We look forward to developing a cultural and innovative cinema space.”

Novo currently operates cinemas in three locations in Qatar, including a 19 screen megaplex in the recently opened Mall of Qatar.

The new complex will increase Novo Cinemas’ brand footprint to a total of 175 screens across the region.

By 2018, Novo Cinemas aim to have seven IMAX screens, including three IMAX Laser and the largest IMAX Laser in the Middle East, to reach a total of more than 220 screens by the end of the year.