Why there is nothing artificial about Artificial Intelligence - Gulf Business 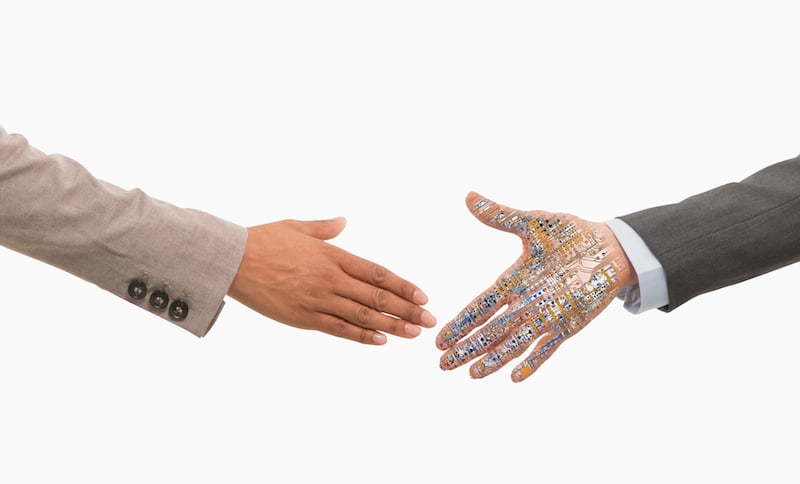 Artificial intelligence (AI) is not a new technology but has been around for the past 60 years.

With the growth of data rising in the computing ecosystem and talent growth, it is nearly everywhere in the form of chatbots, internet search engines, product recommendations or in security platforms.

At present, much of the investment in AI is done by a handful of international companies, which are leading the way in demonstrating to the rest of the world how to harness the full potential of these new technologies.

AI has the potential to do so much more yet there is a tremendous amount of skepticism about the technology – the economics of it is quite hazy, for instance – and its usefulness to humans.

In this piece, we will explore some of the possible human concerns regarding AI and examine the merit of these concerns. But before that let’s understand how AI and machine learning are related – AI means getting a computer to mimic human behaviour in some form or manner, and machine learning is a subset of AI – it constitutes systems that enable computers to analyse data and deliver AI applications.

The most common fears surrounding AI today are:

* When machines start to learn by themselves, humans would lose control and machines may take over humanity

These are some important ones, though the list could go on. Let’s examine the implications of these in the society.

The idea of AI is to pass the collective confirmed human intelligence to machines for doing the routine tasks traditionally done by humans.

It’s a misunderstanding that AI is a panacea for all problems, but it certainly can bring scale and efficiency to certain mundane activities. The machine learns from the data, and more the data, smarter the machine. This is the true potential of AI technologies. It is therefore important that we understand and leverage the technology in an appropriate way.

Another concern is that machine-based decisions are biased and non-inclusive. Humans have strong bias around income groups, race and gender.

They also have cognitive biases which cloud their judgement and decision making. AI learns from societal actions and if that’s biased then how can you expect AI algorithms to be bias-free? This is not a flaw of technology but a reflection of conscious/unconscious bias and prejudice that exists in the society.

In fact, the AI technology is mirroring the society and that helps us to better identify societal shortcomings. The upside is that AI connects unconnected to the mainstream world. Its gives access to information, product and services which the unconnected segment might not have imagined in their current lifetime. For some of us, AI is deeply inclusive, both economically and socially. AI, if implemented in the right way, can help us reducing bias from our day to day decisioning process.

Another thing that makes humans uneasy about this new technology is that it is inexplicable in nature. AI models are known as black-box algorithms – higher the complexity, better the accuracy and hence harder to interpret. If we are using a tool for taking certain critical decisions, it is important to know what drives those decisions. Without this clarity, there is bound to be anxiety around the technology.

The AI community is well aware of these deficiencies, and the next wave of AI will be about addressing the inexplicable factor surrounding this technology without necessarily exposing the commercial secrets. It is important to note that this technology is still in a nascent stage, and these doubts and fears should not hold us back from experimenting and benefitting from it.

Machines are getting smarter by the day and there is fear that smart machines will may take over human jobs in future. In a recent conference held in Shanghai, Elon Musk claimed that smart machines will surpass humans in every single way, while Jack Ma argued that humans will always be in charge of their destiny when it comes to technology – the truth may be somewhere in between.

Experience so far tells us that machine have not been creative enough to learn anything outside data and hence there is limited possibility that machines will take over human talent in the foreseeable future. While AI may displace some jobs, it will also create jobs. PwC predicts that AI will create over 7.2 million jobs in the UK alone over the next two decades.

Machines and humans can co-exist for a smarter future

But, in the meantime, lets learn how to work with machines rather than against them.