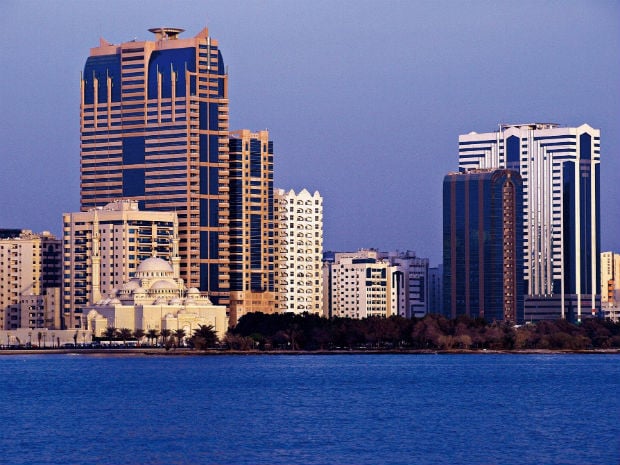 When French wine and cognac bottle maker Saverglass decided to expand three years ago, it chose a relatively remote, less affluent location in the United Arab Emirates for its plant rather than the business hubs of Dubai and Abu Dhabi.

The company sited its 75 million euro ($105 million) factory, which produces some 400,000 bottles a day, in the desert emirate of Ras Al Khaimah, an hour’s drive north from Dubai along the Gulf coast.

“At the time we did not think about Abu Dhabi. Abu Dhabi was highly expensive and we would have been a small company in a big world,” said plant manager Alexandre Tissot-Favre.

The decision by Saverglass underlines an important shift in the UAE, the Arab world’s second biggest economy – a shift with social and political as well as economic implications.

The northern emirates lack the large oil reserves of Abu Dhabi and the entrepreneurial glamour of Dubai. Together they account for only about 13 per cent of the UAE’s economic output, and for a third of its estimated population of 5.6 million.

But investment in the UAE is now flowing northward. This is partly the result of government policy and partly a response to rising costs in the southern emirates, where Dubai real estate prices are soaring once again.

The northern emirates have begun to “act like auxiliary service providers to bigger industries in both Dubai and Abu Dhabi”, said Farouk Soussa, Citigroup’s chief economist for the Middle East, referring to Sharjah, Umm Al Quwain and Ajman.

“So they are kind of a safety escape valve. When things get too expensive and too crowded in places like Dubai, they start to look more interesting as opportunities.”

The trend could reduce disparities of wealth within the UAE, which was established in 1971 from absolute monarchies previously controlled by Britain. Ras Al Khaimah, whose name translates from Arabic as “top of the tent”, joined in 1972.

Uprisings elsewhere in the Arab world since 2011 have indicated a link between economic discontent and social unrest.

UAE authorities, who jailed 61 Islamists over a coup plot last year and 30 Emiratis and Egyptians for setting up an illegal branch of the Muslim Brotherhood this January, are keen to prevent any upsurge of Islamist sentiment; more growth and jobs in the northern emirates could help to ensure this.

No corner of the UAE, which has a generous cradle-to-grave welfare system and an annual per capita income of about $44,000, is deeply deprived. But some of the economic gaps between the emirates are sizeable.

According to the most recent official data available, Fujairah had an unemployment rate of 20.6 percent among local citizens in 2009, well above 8.7 percent in Dubai and a national average of 14 percent. The rate was 16.2 percent in Ras Al Khaimah and 15.3 percent in Sharjah.

A professor of political science at United Arab Emirates University, Abdulkhaleq Abdulla, said some data suggested per capita income in the northern emirates was roughly 30 percent of its level in Abu Dhabi.

“That’s another source of concern that needs to be tackled,” Abdulla said.

In the past, the northern emirates were sometimes affected by fuel and water shortages and power cuts, which occasionally prompted small public protests that were quickly quelled by security forces.

But the picture is changing. In the past five years or so the northern emirates have been developing industrial and commercial bases of their own, and the process is gaining momentum.

Gross fixed capital formation in Ras Al Khaimah grew 5.6 percent annually on average between 2010 and 2012, according to the latest data from its department of economic development.

In tiny Ajman, the number of hotels tripled to 27 between 2005 and 2011 and gross fixed capital formation rose 3.6 percent on average in 2010-2012. Transport, storage and communications recorded the fastest growth of 7.7 percent.

In Sharjah, which neighbours Dubai, the government obtained its first sovereign credit rating in January as part of efforts to raise its investment profile.

“Sharjah is differentiating itself by becoming a platform for small and medium companies and also…when it comes to the cost structure, Sharjah is more competitive to do business than other cities,” said Hussain al-Mahmoudi, director general of the Sharjah Chamber of Commerce and Industry.

Meanwhile, Fujairah has become increasingly important as an oil transport and storage hub since the opening in 2012 of a pipeline with a capacity of 1.8 million barrels a day. Several firms are working on projects to add storage capacity there, while International Petroleum Investment Corp is studying the idea of building a refinery in Fujairah.

Growth in the northern emirates may be boosted further by the planned opening in 2018 of an $11 billion railway, which is to stretch across the UAE from Ras Al Khaimah and Fujairah to the UAE’s borders with Saudi Arabia and Oman.

Rising growth in the northern emirates is partly due to national policy; in particular after the Arab Spring uprisings in 2011, the federal government in Abu Dhabi boosted spending on social welfare and infrastructure to raise living standards of its citizens.

Among other efforts, the UAE pledged $1.6 billion in March 2011 for electricity and water projects in the north. Last August, local media quoted Minister of Public Works Abdulla al-Nuaimi as saying 7 billion dirhams ($1.9 billion) had been allocated to date for projects in the northern emirates.

Developing Fujairah is a geopolitical priority for the UAE; Fujairah’s port lies outside the Strait of Hormuz, meaning the UAE can use its pipeline to export oil if tensions with Iran lead to any closure of the Strait.

But much of the impetus for growth is from the private sector. It takes only around two hours for a truck to haul bottle-filled pallets from Saverglass some 150 kilometres (93 miles) south to Dubai’s Jebel Ali port, for export to wine makers in Australia, New Zealand, California and South Africa.

At the same time, production costs including items such as housing for foreign workers are relatively cheap in Ras Al Khaimah, whose concrete, mostly low-rise buildings are a far cry from the thickets of glass-and-steel towers in Dubai.

“Our calculation was 2.2 times cheaper in Ras Al Khaimah than in other areas” of the UAE, said a director of another European manufacturer operating in the emirate, who could not be named under his company’s briefing rules.

A one-bedroom apartment that rents for some 40,000 dirhams a year in Ras Al Khaimah can cost nearly three times as much in Dubai, where selling prices for residential property rose about a third from a year ago in the first quarter of 2014.

Thousands of foreigners who work in Dubai choose to live in Sharjah, braving a long commute via traffic-clogged highways, because of lower housing rents – though as a result, rents in Sharjah are now rising rapidly as well.

The director said that when his company was searching for investment opportunities in the UAE during its pre-2008 boom, the Ras Al Khaimah government offered a contract and the sale of the needed land within 24 hours.

“After 24 hours they came with all the documents. RAK is very flexible with such kinds of thing, and it is one of the reasons we came here.”

It is still not clear, however, whether the gap between the northern and southern emirates is actually narrowing, since Abu Dhabi and Dubai are also growing rapidly. Ras Al Khaimah’s economy grew 3.3 percent in 2012, but at the same time Dubai expanded 4.4 percent and Abu Dhabi grew 5.6 percent.

“Security-wise, stability-wise, you need to seriously attend to the northern emirates and try to bridge this huge gap,” Abdulla said. “There has to be more effort to develop these emirates, at least the infrastructure, so they become more attractive for business and investment.”