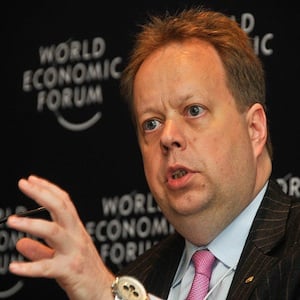 “We’ve been shifting 120,000 units on average for the past 20 years. We have decided what we are and we have decided to go for it, that’s what has driven this new growth,” said Palmer.

“I moved the Infiniti headquarters to Hong Kong from Japan this year and this allowed us to immerse ourselves in the culture of China, our major market,” said Palmer

Infiniti’s growth strategy is driven partly by demand in China and other fast-growing Asian markets, which can be served more effectively by consolidating Infiniti’s global downstream functions in Hong Kong.

“This geographical separation also gave us more oxygen away from the main Nissan brand and allowed us to concentrate on targeting companies like Audi for performance and get into a space where no one else is,” he said.

“This means we want to claim ten per cent of the luxury market by 2016,” he said.

Last year Nissan Infiniti brand tied up with the Formula One Red Bull Team in a multi-million dollar deal as part of its global awareness drive.