The Nissan Leaf, the first mass-produced EV launched over a decade ago, was ahead of its time. It challenged the notion that electric cars were impractical, while also in many ways forced the hands of other automakers to play catch-up. With the electric car market now having finally reached maturity, Nissan needs to make sure that it has a plan in place to stay ahead. In November, the Japanese carmaker unveiled its Ambition 2030 strategy to accelerate its electrification agenda.

Accordingly, it plans to spend $18bn over the next five years. It will introduce 23 new electrified models, including 15 new EVs by 2030 and aims to achieve an electrification mix of more than 50 per cent globally across its Nissan and Infiniti brands. To do so, it aims to increase its global battery production capacity to 52 GWh by 2026, and 130 GWh by 2030. 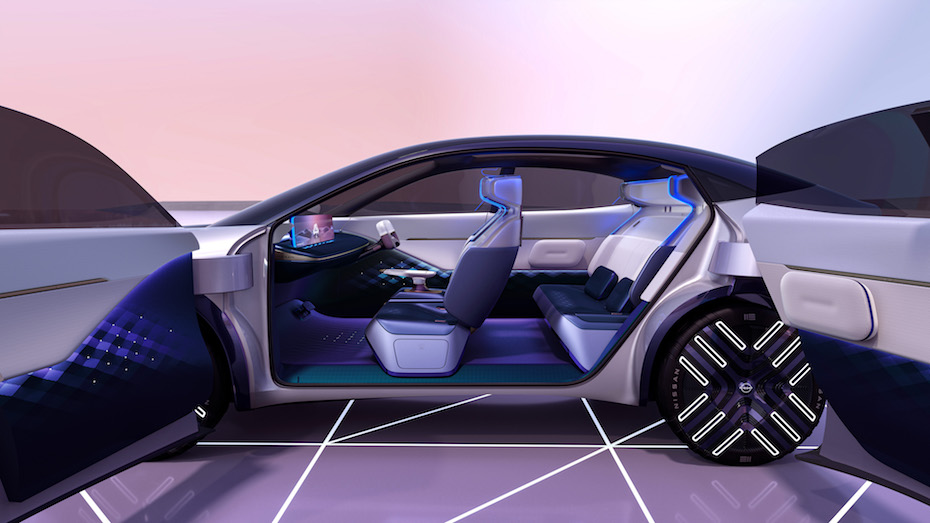 Nissan says that by introducing 20 new EV and e-power equipped vehicles in the next five years, it aims to increase its electrification sales mix across most major markets by 2026. For example, by 2026, it expects electric options to account for more than 75 per cent of its sales in Europe, over 55 per cent in Japan and above 40 per cent in China, and for around 40 per cent in the US by 2030.

During a visit to Dubai last month, Ashwani Gupta, chief operating officer at Nissan Motor Company, said during a roundtable that the reason that Europe would lead the electrification charge was due to several factors, including the upcoming Euro 7 regulations. “At the time of Euro 7, from a customer viewpoint, if he compares the pricing of total cost of ownership of ICE cars versus total cost of ownership of battery cars – and we are able to make [battery cars] affordable – there will be a natural transition [from ICE to electric]. That 75 per cent [estimate for Europe] is very conservative. I believe that at the time of Euro 7, the whole market will shift towards electrification in Europe,” says Gupta. 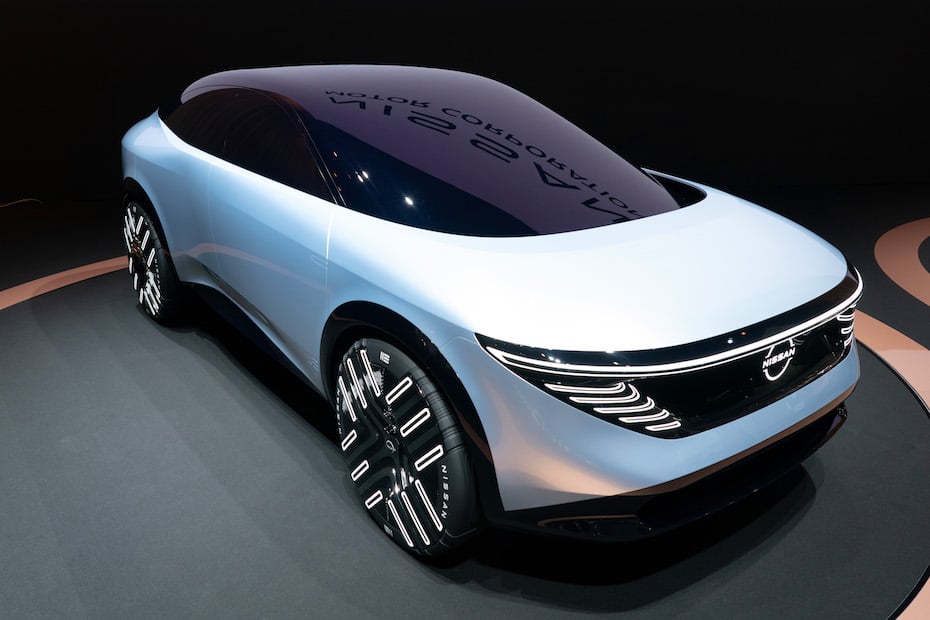 Its electrification push is accompanied by an aggressive plan to reduce the cost of ownership of EVs. To that end, Nissan will continue to develop its existing lithium-ion battery technology, while also introducing cobalt-free technology to reduce the battery cost by 65 per cent by 2028.

Its trump card though will be the introduction of its proprietary all-solid-state batteries (ASSB) by 2028, which will reduce charging time to a third. Importantly, ASSB is expected to lower the cost of battery packs to $75 per kWh by 2028 and aims to bring it further down to $65 per kWh to help achieve cost parity between EV and gasoline vehicles. 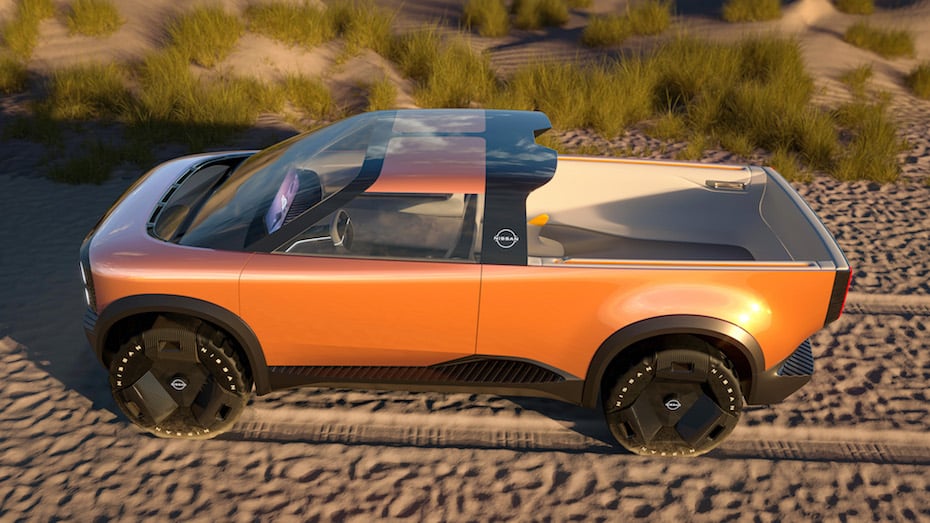 The Ambition 2030 plan also outlines Nissan’s commitment to invest up to JPY20bn by 2026 towards charging infrastructure, though Gupta stresses that the nature and scope of that infrastructure support will vary between its markets. “When we did a customer investigation in Europe, 75 per cent of them said they charge their cars at home. When we consider Japan, only 40 per cent said they charge at home because they mainly live in apartments. And that’s where we need to work with governments to have an infrastructure. In the Middle East, we have to understand whether we need to put that infrastructure at home, or establish [an external network of] charging infrastructure,” notes Gupta.

He points out that eventually it may be external third-party players who also support the ecosystem. “Imagine if Europe opts for 100 per cent electrification, what then will be the future of gasoline stations? Naturally they will transform themselves. As far as Nissan is concerned, we want to support the transition to charging infrastructure, but that’s not our core business. Our core business is products and services.” 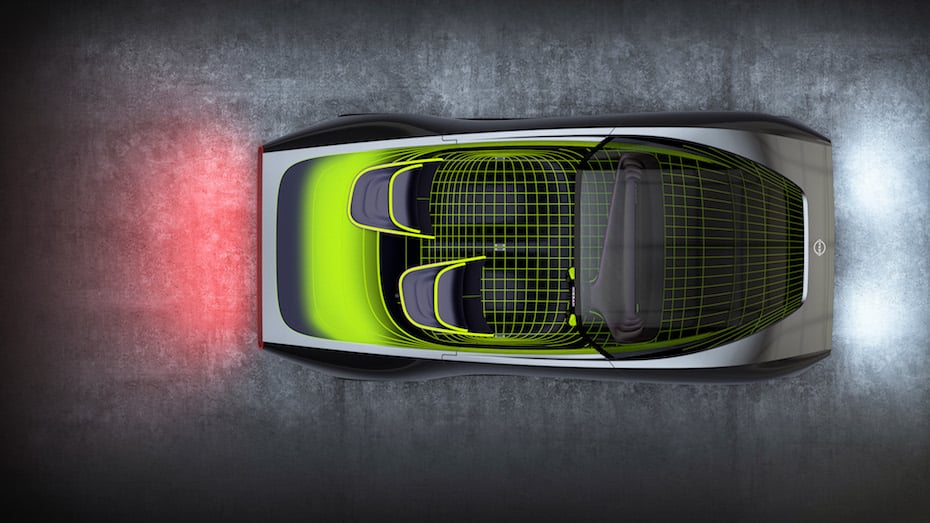 The Japanese automaker has its sights set on being carbon neutral across the lifecycle of its products by 2050. To pave a path to get there, in July, it unveiled a GBP1bn Nissan EV36Zero centre in Sunderland that would serve as a manufacturing hub for its EVs with an emphasis on striving for carbon neutrality at the manufacturing end. It has confirmed that it will take that EV36Zero concept to Japan, China and the US with measures to localise sourcing and manufacturing expected to further drive down EV costs. Alongside, Nissan will also set up battery refurbishing facilities beyond Japan in Europe this year, and in the US by 2025. As for the specific EV models that will debut, much of it is still under wraps. The 100 per cent electric crossover Nissan Ariya which was showcased recently at Expo 2020 Dubai will be rolled out in several markets over the coming months. It is built on the bespoke CMF-EV platform developed by Nissan along with its alliance partner Renault. The Ambition 2030 strategy revealed four concept cars: the crossover Chill-Out that is expected to also use the same CMF-EV platform, a single cab pickup Surf-Out model, a camper van/SUV styled Hang-Out model, and Max-Out which is imagined along the lines of a convertible sportscar.

For the moment, there’s no dearth in demand for its ICE engines. “We used to have 7.2 million capacity worldwide. In this pandemic, we downsized it to six million. This year we will be selling 3.8 million cars. We have enough capacity to produce more. Our market share is growing and we have enough sales potential. In the GCC, we are targeting a 20 per cent market share by 2022. Needless to say, the majority of that market share is driven by the Patrol,” says Gupta, who was in Dubai to launch the GCC-exclusive 2022 Patrol 70th Anniversary edition and also the 2022 edition of the Pathfinder at the Expo 2020 Dubai site.

He cites the example of the Expo as what it would take for the uptake of EVs to be even more successful. “What Dubai Expo is trying to achieve is connecting the dots. One person cannot run the disruption. You need a platform where everybody is contributing. We as a company will contribute with the latest technology and with cost competitiveness. But then we need other partners [also] to drive that transformation,” says Gupta. With $18bn on the table, those partners – be they customers, governments or external parties – cannot second-guess Nissan’s intent.