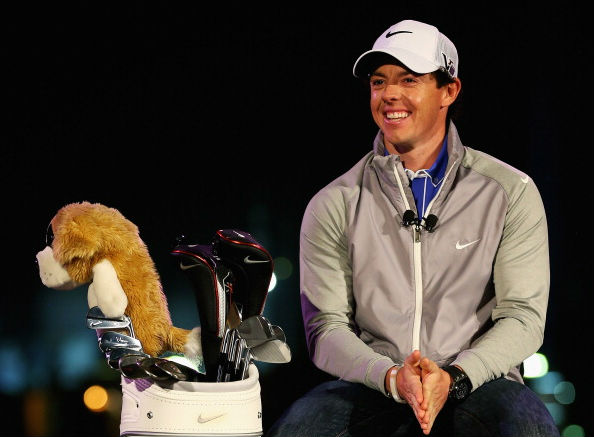 World number one golfer Rory McIlroy praised the clubs of his new sponsor Nike on Monday saying he was hitting the ball further than ever after agreeing a multi-year sponsorship deal with the U.S. sportswear firm.

Although commercial terms were not disclosed, media reports say the agreement with the Northern Irishman unveiled on Monday is worth as much as $250 million over 10 years, one of the most lucrative in global sports as Nike moves on after dropping disgraced cyclist Lance Armstrong last year.

McIlroy, 23, was previously sponsored by golf brand Titleist and other golfers have struggled to replicate their earlier success after switching to a new equipment provider. However, McIlroy was full of confidence ahead of the Abu Dhabi HSBC Golf Championship which starts on Thursday.

“The new driver that I will play with this week is awesome,” he told a news conference to announce his sponsorship. “As soon as I hit it I knew it was going in the bag straight away. I’m hitting it further – I thought I was hitting it far before, but this is really taking it to a new level.”

The U.S. PGA champion visited Nike’s research and development facility in Fort Worth, Texas, in late 2012 to try out his new clubs and balls and has continued to practice over Christmas and New Year. He said the sponsorship deal was about improving his game rather than personal riches.

“I play for titles, I don’t play for money…If at the end of 2013 I haven’t won a major I will be disappointed,” said McIlroy, adding the new nike balls were more more stable in the wind and he was now driving the ball at about 180 miles (290 kms) an hour.

The twice major winner topped the tournament earnings lists in both the United States and Europe last year.

Nike is also a long-time sponsor of world number two Tiger Woods, standing by the U.S. golfer in 2009 despite the bad publicity he suffered when a series of extra-marital affairs came to light.

A new Nike TV commercial featuring the two golfers was shown for the first time at a news conference in Abu Dhabi where Nike officially confirmed it had recruited McIlroy – one of the worst kept secrets in sport.

“There is still some equity (value) in the Woods’ brand. McIlroy, rather than being a replacement, is the heir apparent,” said Simon Chadwick, professor of sport business strategy at England’s Coventry University.

“In golf and cycling they built much of their business on the back of two individuals. They needed to move quickly and decisively to make a big signing and with McIlroy that is what they have done.”

Under the deal, McIlroy will use the company’s clubs and balls and wear its clothing with the familiar swoosh logo.

The agreement with Nike has not been accepted by all of McIlroy’s previous sponsors.

Sunglasses maker Oakley has begun legal action to try to retain its sponsorship deal with McIlroy, saying it had the right to match any improved agreement with another company.