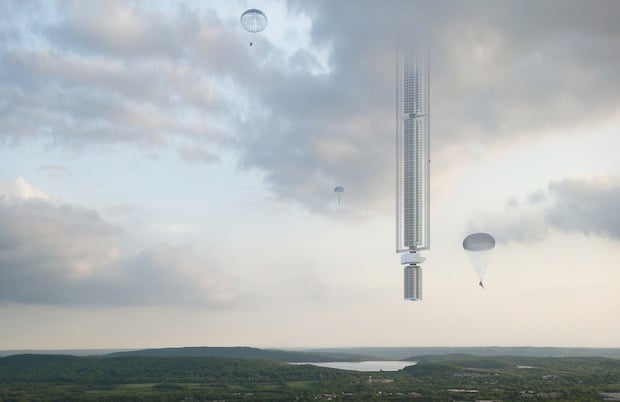 A New York-based architecture firm has revealed ambitious plans to develop the world’s tallest skyscraper that will hang above the earth – quite literally – and hopes to construct it over Dubai.

The proposal for the Analemma Tower, created by Clouds Architecture Office, will see the building suspended from an orbiting asteroid using a space-based supporting foundation. 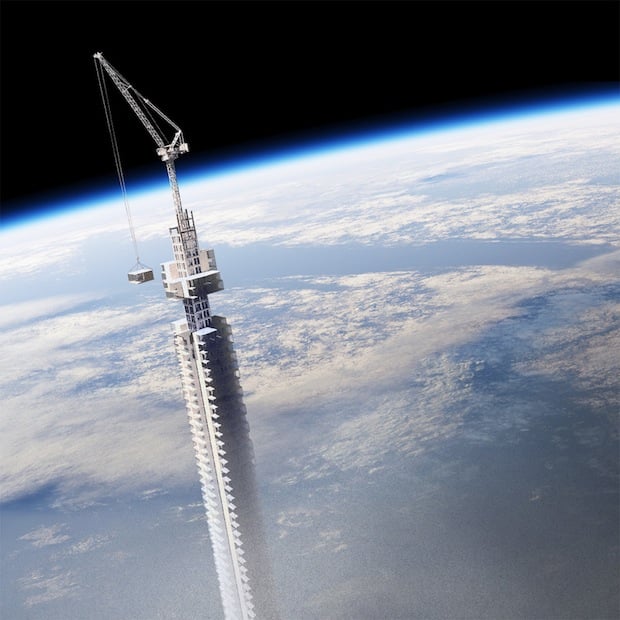 According to the architect, “by placing a large asteroid into orbit over earth, a high strength cable can be lowered towards the surface of earth from which a super tall tower can be suspended”.

“Since this new tower typology is suspended in the air, it can be constructed anywhere in the world and transported to its final location. The proposal calls for Analemma to be constructed over Dubai, which has proven to be a specialist in tall building construction at one fifth the cost of New York City construction,” it said. 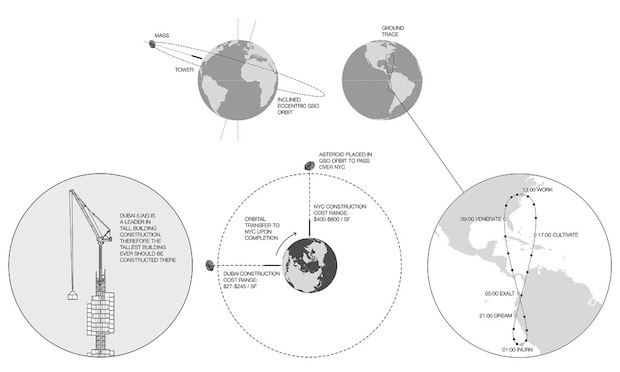 The tower, which will be in constant movement in an figure-eight form, will return to exactly the same position in the sky each day.

It will move at its slowest speed at the top and bottom of the figure eight allowing the possibility for the tower’s occupants to interface with the planet’s surface at these points, the architect said.

The proposed orbit is calibrated so the slowest part of the tower’s trajectory occurs over New York City. Residents will have to use parachutes to reach the earth. 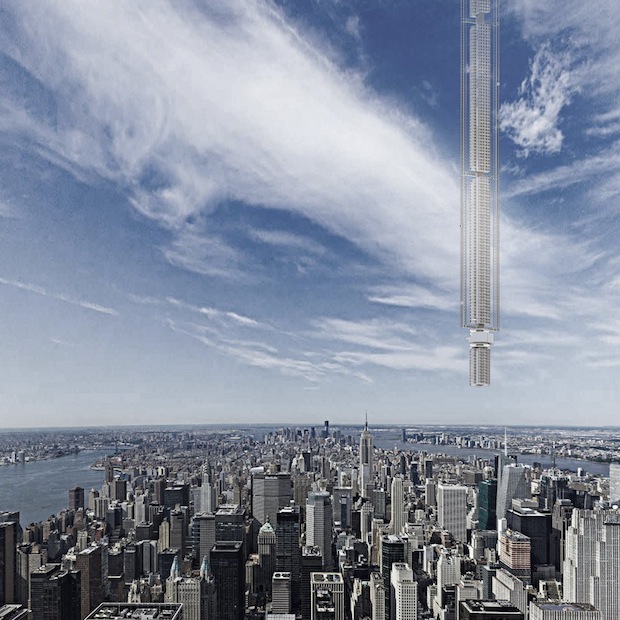 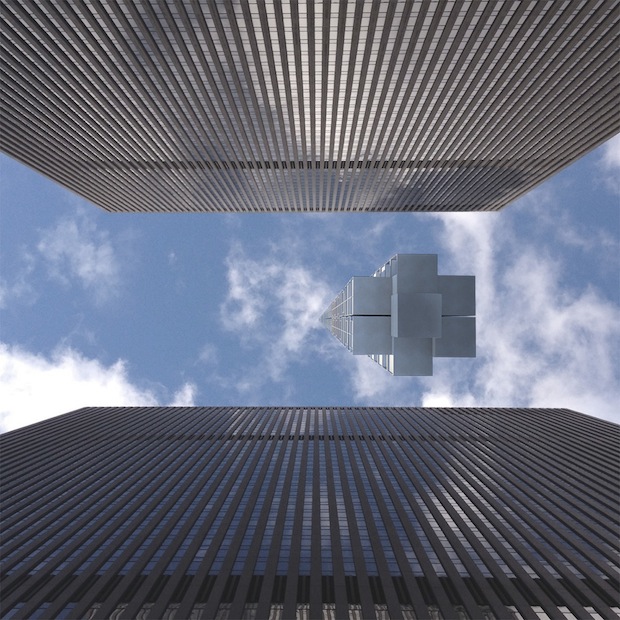 Transfer station: Linkage to allow transfer of people and goods between surface and orbiting tower

The building will be divided into different sections with business conducted at the lower end of the tower, along with areas for dining, shopping and entertainment. The sleeping quarters are approximately two-third of the way up – right above a garden – and devotional activities will be conducted in the highest sections.

The size and shape of windows will change with height to account for pressure and temperature differentials.

The amount of daylight will increase by 40 minutes at the top of the tower due to the curvature of the earth. 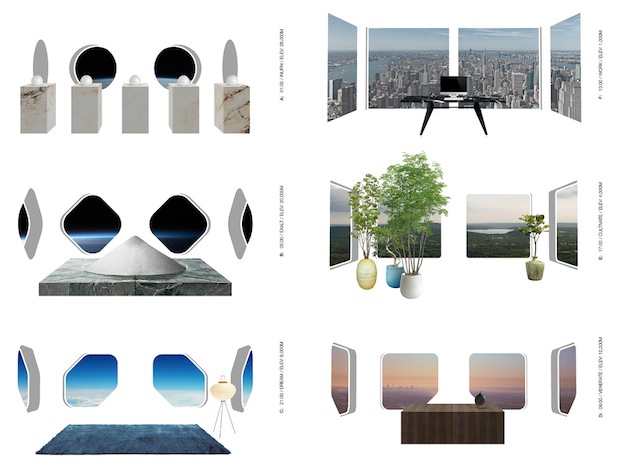 The tower will get its power from space-based solar panels. Water will be filtered and recycled in a semi-closed loop system, and will be captured from clouds and rainwater.

While seeming a bit far-fetched, the architect stressed that the tower could become reality in the near future.

“Manipulating asteroids is no longer relegated to science fiction. In 2015 the European Space Agency sparked a new round of investment in asteroid mining concerns by proving with its Rosetta mission that it’s possible to rendezvous and land on a spinning comet.

“NASA has scheduled an asteroid retrieval mission for 2021 which aims to prove the feasibility of capturing and relocating an asteroid,” the architect said. 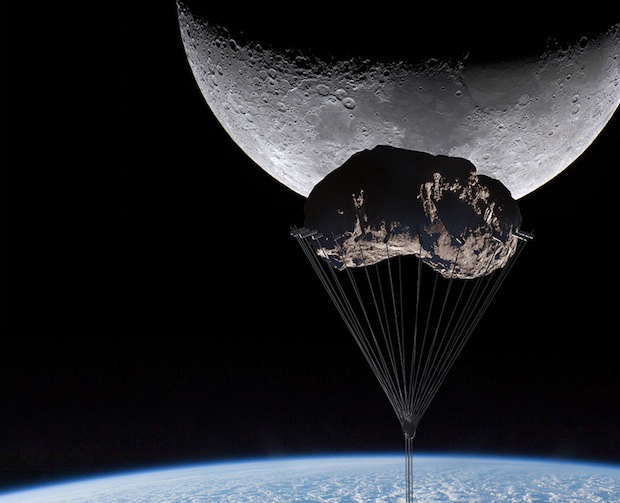 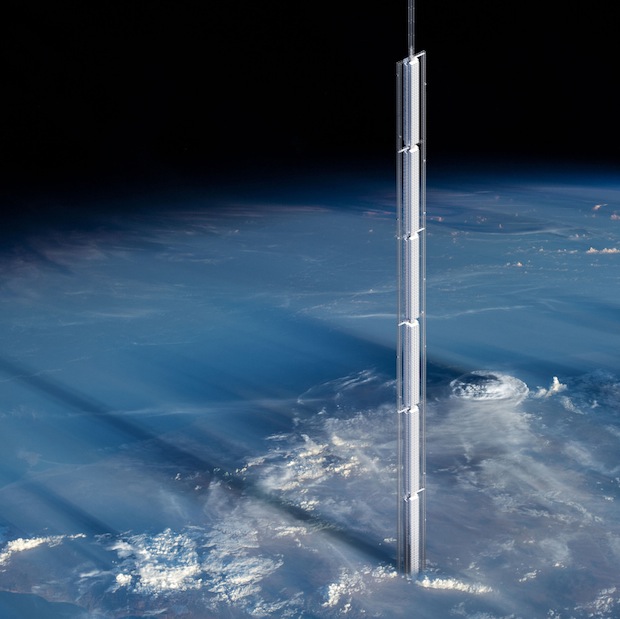 If completed, the tower will demand premium rates.

“Harnessing the power of planetary design thinking, it taps into the desire for extreme height, seclusion and constant mobility,” the architect said.

“If the recent boom in residential towers proves that sales price per square foot rises with floor elevation, then Analemma Tower will command record prices, justifying its high cost of construction,” it added.