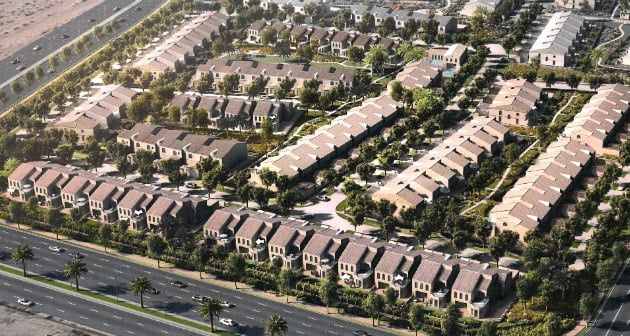 Dubai developer Union Properties has signed an agreement with National Properties, a unit of National Bonds Corporation, to develop an upscale residential project at the Green Community in Motor City.

No investment details were disclosed.

Under the agreement, the integrated project, which includes luxury villas and apartments, will be developed in two phases.

The first phase of the project will focus on the construction of 78 villas spread across an area of 330,000sq ft, while the second phase will include 74 villas and 58 apartments (two and three bedrooms) across six floors spanning 425,000sq ft.

Work on the project is expected to begin in the second quarter of 2014 and is slated for completion in end 2015, a statement said.

Mohammed Qasim Al Ali, general manager of National Properties, said that the project would help the company diversify its portfolio of real estate between yield generating assets and development projects.

“The real estate sector is a one of the key growth areas of focus for National Bonds Corporation,” he added.

Ahmad Khalaf Bin Touq Al Marri, general manager for Union Properties said: “The recent significant boost in the real estate market is a strong indicator of the beginning of a new era of sustainable growth in the country.”

Opportunities to purchase individual units and invest in the project will be announced later this year, the statement added.

Dubai’s real estate sector has been on an upswing since 2013, with prices increasing around 30 per cent last year. A slew of new projects have been launched in the emirate, with developers such as Emaar and Damac leading the way.

Dubai’s Expo 2020 win has further boosted confidence in the market, with experts estimating that property prices will continue to rise in the short-term.