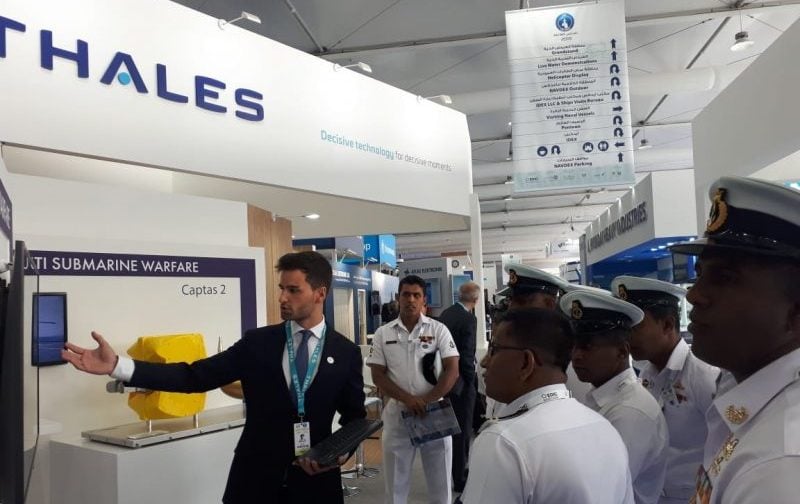 An underwater training centre that will provide guidance for anti-submarine counter attacks has been launched in the UAE, it was announced at the IDEX defence event.

The centre will be developed by France’s Thales Group along with Atlas Elektroniks in Abu Dhabi following an agreement signed with the Tawazun Economic Programme.

The centre will provide professional training on countering hostile submarines, as well as on operating marine radar detectors which use ultrasound for detecting underwater objects such as mines, a statement said.

Matar Al Romaithi, chief economic development officer at Tawazun Economic Council, said that the centre will help the process of technology transfer to the local market.

“This centre is considered the first of its kind in the region,” he claimed.

It meet the industry’s basic needs and enable the armed forces to keep abreast of the rapidly changing technological developments in both the military and naval operations, he added.

Last week, the Tawazun Economic Council launched a defence and security development fund with a capital of Dhs2.5bn ($680m) to boost the military sector and increase its contribution to economic development in the UAE.

The fund will “encourage the private sector to invest in the fields of defence and security, and contribute to the development of national and technological industries, including SMEs – in the aim of building a diversified and sustainable national economy”, a statement said.

It will focus on three main areas including: strategic technology investments and intellectual property; strengthening innovation and industrial capabilities; and development of SMEs and local companies.

The fund plans to launch specialised financing programmes in the last quarter of the year, and will announce the financing terms for each programme, said Abdullah Nasser Al Jaabari, head of the fund.

He also confirmed that the fund will offer the enterprises a bundle of facilities which include loans at reduced interest rates as well as appealing long-term repayment plans.

Al Jaabari added: “We have ambitious strategic plans that meet the technical needs of strategic partners in the next five years, and therefore started working on our pilot projects in 2018.”