The New UAE Companies Law – What Will Be Changing? - Gulf Business 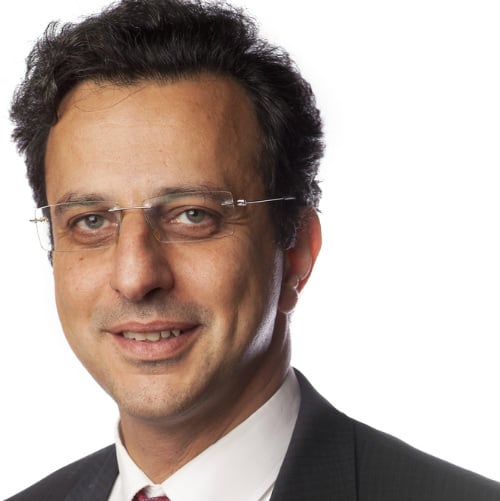 Recent reports from news agencies such as Reuters has put the new UAE Commercial Companies Law back at the forefront of practitioners’ minds.

The UAE Federal National Council approved the revised form of the new companies law in May 2013 (the “Draft Companies Law 2013”) and reports from Reuters suggest that the ratification by His Highness Sheikh Khalifa bin Zayed Al Nahyan, the President of the UAE, is expected shortly.

Based on various sources, we do not expect that the law to be published in the Gazette will differ substantially from the Draft Companies Law 2013, however, before the law is published there is no absolute certainty as to its final form and the below analysis is based on the draft version as it currently stands.

Although the Draft Companies Law 2013 is not as radical as some investors were hoping for (for instance, the provisions relating to the much talked about changes concerning foreign ownership seem to have been removed) it does contain a number of provisions that will be helpful in clarifying many of the aspects that are unanswered in the current law.

More far-reaching changes have not been ruled out but rather postponed to later regulations. For instance, in response to the removal of the foreign ownership provisions in the Draft Companies Law 2013, it has been reported from government sources that some degree of changes to the foreign ownership provisions will be contained in the foreign investment law currently under consideration. The Draft Companies Law 2013 contains some changes, such as the introduction of single shareholder structures and the focus on corporate governance, which may well anticipate the changes to foreign ownership but no draft of the foreign investment law has yet been made available.

The Draft Companies Law 2013 appears to anticipate several regulations to expand on the fundamental principles contained therein and rather than setting out substantial changes it allows for the future implementation in relevant areas. As such, it appears to be the starting point for a gradual shift rather than a radical leap into a new commercial framework.

The changes and impact

The new provisions relating to Limited Liability Companies have focused on making the management of these companies simpler and more attractive to investors.

Significant changes include those to the shareholder structure, which now provides for single shareholding, and the introduction of an express provision in relation to granting a pledge over shares. However, it is uncertain how the perfection and enforcement of such a pledge would work in practice without numbered shares, or indeed any share certificates. The Draft Companies Law 2013 does however provide for the registration of share pledges, which will no doubt provide a greater degree of comfort for the market. We anticipate that developments in this area are likely to be of significant interest to lenders who might, as a result, soon have a simpler and more cost effective means of taking security over this form of asset class.

The Draft Companies Law 2013 anticipates the creation of a formal companies’ register for share pledges through an e-fling system where the public may access companies’ documents. Such a development will be a significant move towards greater transparency and will no doubt be welcome by the market. It is considered an invaluable tool in jurisdictions (such as England and Wales through Companies House) that currently operate the system.

For Public Joint Stock Companies, the focus has been on amendments to the provisions relating to the company’s share structure. Significant changes include a slight relaxation on the strict pre-emption rules to allow for the issuance of new shares to a “strategic partner”. Although the market would have preferred to see a greater degree of flexibility in this area, the amendments may yet pave the way for new equity fund raising opportunities.

Also on the topic of fund raising, there have been some significant changes in relation to bond issuance although this area remains subject to further review and regulations and so the wider implications are yet to be analysed.

The Draft Companies Law 2013 introduces provisions prohibiting financial assistance to shareholders even though such concepts have widely been the subject of de-regulation in other jurisdictions. Without a whitewash procedure the interpretation and implementation of this provision is likely to be crucial to the structuring of transactions and we expect that it will cause a level of delays, uncertainty and risk as there are no precedents to rely upon.

Finally, in a move that is likely to positively impact the perception of the UAE market as a whole, the Draft Companies Law 2013 contains numerous provisions in relation to corporate governance, a topical theme following the financial crisis. The concept of ‘Social Responsibility’ has also been introduced for the first time but further regulations are needed to establish what role this introduction is intended to play in the wider framework.

We consider that the draft is well aligned with the government’s stated policy of attracting foreign direct investment into sectors outside the oil industry by providing greater security and transparency for shareholders but, as with any new laws, there is likely to be a period of uncertainty as inconsistencies are ironed out and precedents set.

With inputs from Erica Crosland.