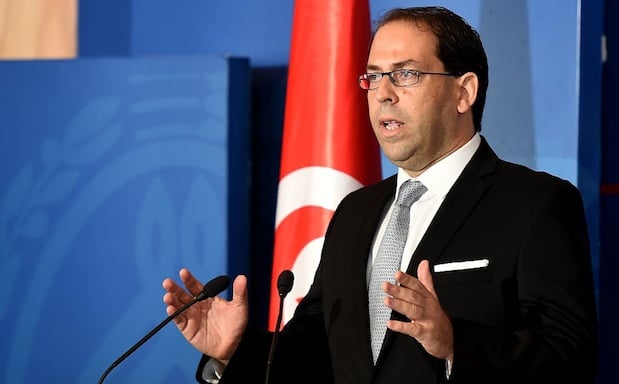 Tunisia has gone through five prime ministers in as many years since its revolution, each pushing a widely-praised transition to democracy. None, though, has made much progress in building the economic stability and opportunity that young Tunisians demand.

Now the sixth post-uprising premier, French-educated technocrat Youssef Chahed, is making bold promises even before he has taken office to tackle Tunisia’s problems.

But a looming budget crisis and debt repayments, coupled with political inertia, may prevent the 40-year-old premier-designate from escaping the fate of his predecessors.

Since the 2011 overthrow of autocrat Zine El-Abidine Ben Ali, Tunisia has achieved free elections, a new constitution and a spirit of compromise between secular and Islamist parties – in contrast to the repression, chaos or war that has afflicted other countries which also had “Arab Spring” revolts.

The flip side is that popular protests, labour union resistance and political squabbling have held back plans to overhaul heavy state spending including on a huge body of public workers, and to implement banking and investment laws.

After the last premier lost a parliamentary confidence vote over the economy and security, President Beji Caid Essebsi called last week for Chahed to lead a national unity government capable of advancing economic reforms demanded by lenders including the International Monetary Fund and World Bank.

“We are in times that require exceptional decisions and sacrifices,” Chahed told reporters, saying his focus would be tackling corruption and terrorism, promoting economic growth and clearing up public finances. “I want to talk frankly with the Tunisian people about the reality of the country’s financial situation.”

Many Tunisians ask whether Chahed, an agricultural specialist and Essebsi ally, can muster the political capital to push through change. Some opponents dismiss him as an Essebsi puppet, chosen for his loyalty to the president rather than his ability to deliver. He is now negotiating to form his cabinet.

“Chahed has been handed a poisoned chalice, the financial situation is pretty catastrophic. He is going to find the coffers empty and lots of demands,” said Jamel Arfaoui, a local analyst and newspaper columnist. “He is facing potential protests at the same time as the need for reforms.”

The change of premier comes at a difficult time. Three major attacks by Islamist militants have badly hit tourism bookings, forcing job cuts in an industry that accounts for 8 percent of the economy. Unemployment is already at 15 percent, with the rate far higher for young people in a country where more than half the population is under 29.

Months of on-off protests and sit-ins by jobless youths have also disrupted production and exports of the state-run phosphate industry, another major revenue earner. Essebsi estimated losses at $2bn from sector disruptions over five years.

Under the 2016 budget, the public deficit is supposed to fall to 3.9 per cent of gross domestic product from 4.4 per cent in 2015. But that assumes the economy will grow 2.5 per cent whereas the actual rate in the first quarter was only 1 per cent year-on-year, weakening tax revenue.

Next year will be tougher still for the public finances. Around $3bn is due in debt service payments and the state will struggle just to come up with the roughly $450m it needs every month to pay its employees.

At 13.5 per cent of the GDP, Tunisia’s public sector wage bill is proportionately one of the highest in the world.

“Revenues forecast for 2017 will not be enough to cover the one billion dinars each month for 700,000 public sector employees,” Central Bank Governor Chedli Ayari said last week. “We are going to need more foreign financing in this difficult context and with the fall off in tourism and phosphate revenues.”

A senior member of Essebsi’s Nidaa Tounes party, Chahed will easily secure approval for his new cabinet in parliament, where Nidaa Tounes and Islamist party Ennahda in the ruling coalition control a majority.

But outside parliament, he must navigate relations with the unions and the social unrest that has scuppered past government attempts to push through the kind of financial sacrifices and austerity reforms he is promising.

The IMF has approved a $2.88bn four-year loan programme for Tunisia. However, release of much of this is subject to reviews of the government’s progress on economic and financial reforms.

Tunisia has been under pressure for some time from its international lenders to implement measures on the public deficit, investment and the financial sector.

Mehdi Jomaa, a technocrat prime minister managed to secure temporary fiscal reforms in 2014 to boost revenues. The last premier, Habib Essid, got a law to protect the central bank from political meddling through parliament, although only after protracted negotiations within the ruling coalition.

Deeper reforms have stalled, often because successive governments have lacked the political capital or will to stand up to popular pressures against public spending reductions or austerity measures.

An attempt to increase vehicle tax triggered violent protests in 2014, forcing the government to step back. A tax on border traffic also provoked rioting last year, leading to another government retreat.

Now doctors and lawyers are threatening strikes over increased audits on their billing to help combat tax evasion, while the powerful UGTT union is resisting reforms to raise the retirement age and reduce state pension payments.

Twice this year the government and the UGTT reached deals increasing public wage salaries, adding pressure to the state finances.

A new investment code law, aimed at increasing incentives for foreign investors and reducing bureaucracy, has been parked in parliament for three years after two revisions.

Social pressure over jobs already exploded into mass protests in southern and central regions at the start of the year, a reminder of the conditions that helped to inspire the Tunisian revolution and later Arab Spring uprisings.

“The Chahed government wants to chip away at freedoms to push through painful measures in his economic plan,” said Hamma Hammai, leader of the Popular Front opposition party. “But the government will fail because it is not proposing anything new, just the same as Essid.”