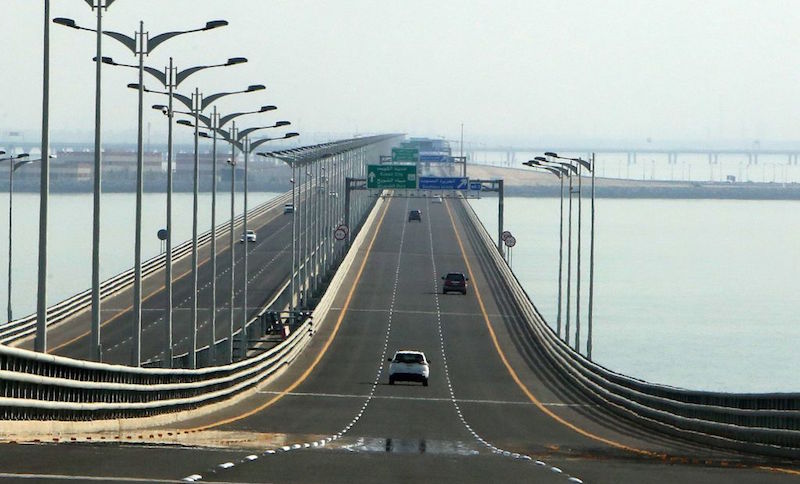 The Public Authority for Roads and Transport (PART) said that the charge will be KD1 per tonne of the truck’s total weight.

Truckers will need to head to the truck weighing station prior to paying the fee at entrances in Shuwaikh, Doha and Subiyah areas. The payment will need to be made via bankcards or prepaid cards as cash payment will not be accepted, the report said.

The $3.6bn causeway – the fourth longest bridge in the world – connects Kuwait City with the future Silk City on Subiyah island.

Kuwait’s minister of Public Works Jinan Ramadan said that PART set up controls for the use of trucks to maintain the safety of the causeway and the commuters.

The expected revenues will be used to cover part of the cost of maintenance and operations as well as inspections and supervision, he added.

Truck drivers who do not wish to pay the toll can use Road 80, then Road 801 to reach the northern area, the report said.

She argued that expats put a strain on Kuwait’s infrastructure and called for imposing fees on them for using the bridge.

“I have repeatedly warned, and still do, of the existence of this number of expats – three million compared to only one million citizens, which erodes Kuwait’s infrastructure,” Hashem said.