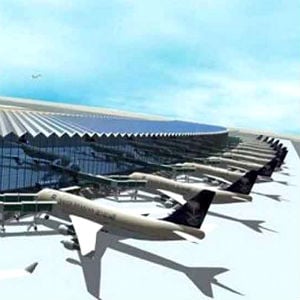 Saudi Arabia’s General Authority for Civil Aviation (GACA), which is planning to award licences to new foreign airlines in September this year, said that it expect the airlines to start up in the Kingdom from April next year.

“Once the airlines are found to have adequately set up operations according to GACA qualifications, we will give them a period of around 16 days to start services to offer both domestic and international flights in the Kingdom, so this would be in around April of next year,” Khalid Al-Khaibary, GACA’s spokesman told Gulf Business.

In January this year, Saudi’s GACA invited foreign airlines, predominately based in the GCC, to bid for an operation licence in the Kingdom.

Al-Khaibary said that the Request for Proposal (RFP) for companies that have demonstrated fulfillment of the qualifications will be handed over by the end of May.

“According to the current schedule, we expect that once the RFP files are submitted at the end of this month (May) we will be able to provide document feedback on the files to the airlines by the end of August and then announce the companies that will be awarded licensing by the end of September,” Al-Khaibary said.

The qualifications that airlines must satisfy in order to be licensed include financial capability, substantial experience in management and various operating departments, as well as adequate cargo and other services, he said.

Once licences are awarded, the airlines would be given four to six months to choose a hub, set up their operations and abide by GACA qualifications and technical procedures, which should be completed around the end of February of next year.

Al-Khaibary said that he expects some regulation to be put in place and that the introduction of competition into the Saudi aviation market would steady the overall market.

“Ticket prices, however, will be based primarily on how many of the 14 airlines that have applied will actually win licensing and enter the market, which is still unknown,” Al-Khaibary said.