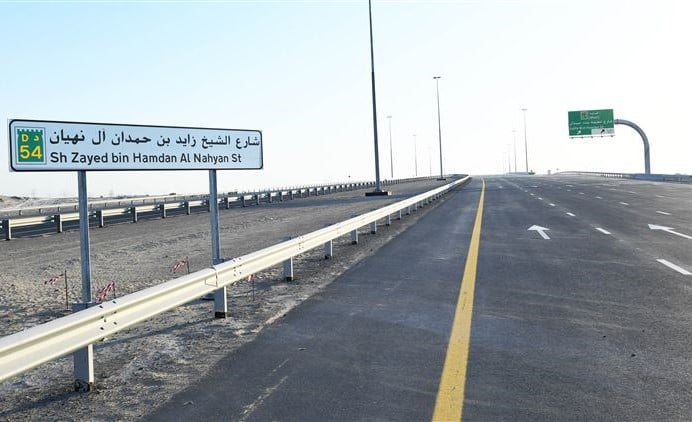 Dubai’s Roads and Transport Authority (RTA) has announced the completion of a new road project costing Dhs474m in the emirate.

Stretching 25km, the road is an extension of Sheikh Zayed bin Hamdan Al Nahyan Street linking Dubai-Al Ain Road and Al Yalayes Road. It is located in the eastern part of Dubai between Sheikh Mohammed bin Zayed Road to the west and Emirates Road to the east.

The road will be officially opened on Wednesday, March 21.

The project includes the construction of a street comprising four lanes in each direction from the intersection with Dubai-Al Ain Road up to the existing roundabout at Al Yalayes Road.

It also includes the construction of several intersections with the surrounding roads network, a statement said.

A flyover has been constructed at the intersection of Sheikh Zayed bin Hamdan Al Nahyan St with Latifa bint Hamdan St near the entrance of the International Village for motorists coming from Emirates Road.

The project also includes lighting works as well as shifting and protecting the utility lines, he added.

The wider Sheikh Zayed bin Hamdan Al Nahyan Street extends from the outskirts of Sharjah up to Jebel Ali-Lehbab Road.

“Works are currently underway in developing the last sector of the Street from the intersection of Al Yalayes Road up to Jebel Ali-Lehbab Road and the entrance of Expo 2020 area. This sector is part of Expo 2020 development projects,” explained Al Tayer.

“The RTA has set out a comprehensive plan for addressing the requirements of hosting Expo to ensure safe and smooth transport for visitors to Expo and events. Works also include upgrading the existing roads and intersections, undertaking Route 2020 for the extension of the Dubai Metro Red Line, and upgrading public transport (bus and taxi) systems and routes,” he added.

“The project is part of the RTA’s master plan for improving roads, bridges, crossings and underpasses to accommodate the growing traffic volumes, and ease the traffic movement in all parts of Dubai,” said Al Tayer.