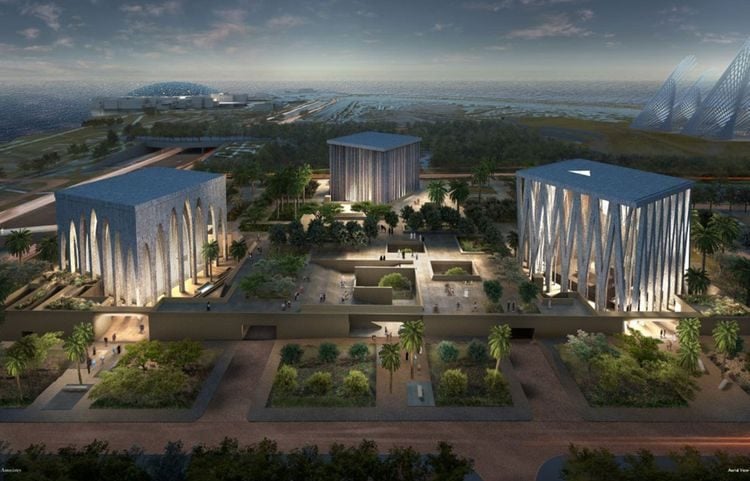 A new project featuring a church, mosque and synagogue – all within the same location – is set to be built in Abu Dhabi.

Called the Abrahamic Family House, the project will be located on Saadiyat Island and aims to serve as a community for inter-religious dialogue and exchange, official news agency WAM reported.

Within each area, visitors will have the opportunity to observe religious services and listen to holy scriptures.

The community will also offer educational and event-based programmes.

Designed by David Adjaye, the project is expected to take three years to be completed and is slated to open in 2022.

The Abrahamic Family House is among the first projects announced by the recently formed Higher Committee of Human Fraternity.

The new body is empowered to provide guidance on realising the goals of the ‘document on Human Fraternity for World Peace and Living Together’ signed by Pope Francis and Dr. Ahmad Al Tayeb, Grand Imam of Al Azhar Al Sharif, in Abu Dhabi in February this year.

The committee held its second meeting at the New York Public Library, with the UAE’s minister of Foreign Affairs and International Cooperation Sheikh Abdullah Bin Zayed Al Nahyan in attendance.

Adjaye, founder and principal of Adjaye Associates, stated: “I believe architecture should work to enshrine the kind of world we want to live in, a world of tolerance, openness, and constant advancement. We hope we have set out a plan for a beautiful and thought-provoking space that celebrates the three faiths.

“The space will be open to the world, and our hope is that through these buildings people of all faiths and from across society can learn and engage in a mission of peaceful coexistence for generations to come.”