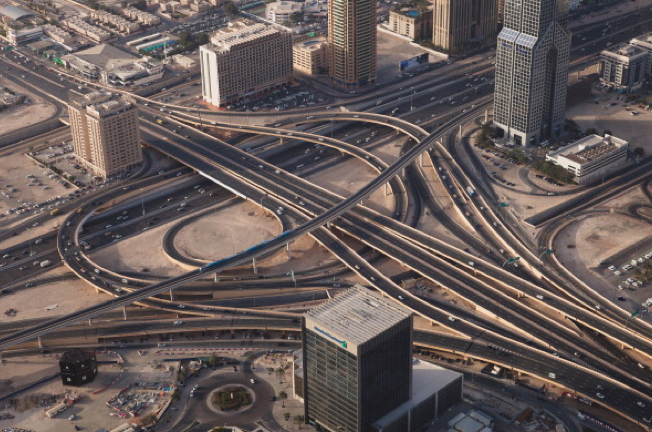 In this VUCA world characterised by volatility, uncertainty, complexity and ambiguity, humanity is at a crossroads, faced with both challenges and opportunities.

During the 4th annual Crossroads event organised by the Harvard Business School Club of the Gulf Cooperation Council on March 29 in Dubai, a few themes emerged about how to successfully traverse the crossroads with which the Middle East and North Africa region is faced.

According to Grameen-Jameel Microfinance Ltd chairman Zaher Al Munajjed, there are currently 100 million Arabs who live on less than $2 per day and more than 60 million (three quarters of whom are women) who are illiterate.

Further exacerbating the situation are the disproportionately high youth numbers in the MENA population (the ‘youth bulge’) that will require the creation of 100 million jobs by 2020.

Al Munajjed praised Dubai for being an inspirational example and expressed how having values of openness and a knowledge-seeking attitude will attract innovation as will empowering women, who represent half the population.

As the government sector alone cannot provide these jobs, it is imperative that policies enable easier registration of companies, abolish the criminalising of bankruptcy and enable more efficient commercial enforcement in the courts to incentivise entrepreneurship.

Changing the way you look at change

In 1965, Intel founder Gordon Moore predicted that the processing power of technology would double while decreasing in cost approximately every two years, a statement known as Moore’s law. We are likely now at the 42nd doubling of change according to Tariq Qureishy, CEO of MAD Talks, a platform to promote innovation and entrepreneurial thinking.

Technology has democratised knowledge, access to markets, and has levelled the playing field such that “no business is too big to fail and no business is too small to succeed”, Qureishy said, as he advised the audience to change how they looked at change.

In his dynamic presentation, IBM fellow and chief innovation officer Dr Bernard Meyerson stated emphatically that “if you stagnate, you fail”, describing how Kodak invented digital photography yet its fear of it cannibalising its film business eventually led to its bankruptcy.

For Dr Meyerson, in order to have innovation, a company must have “people, people, people”, emphasising that it is critical to “recognise and reward good people or lose them”.

He believes in inspiring people by challenging them because if “you want global impact, pick grand challenges” as “challenges are the ultimate drivers of innovation”.

Disrupt or be disrupted

In his opening keynote, UAE minister of culture and knowledge development Sheikh Nahyan Bin Mubarak Al Nahyan cited Joseph Schumpeter’s ‘creative destruction’, the process by which new innovations replace or ‘destroy’ what existed before, as being critical to today’s economic growth and prosperity.

The importance of disruption was elaborated by various panellists, with Microsoft global head of innovation Jonathan Oliver defining it as making iterative changes over time to the norm while thinking outside the box.

He also advocated identifying the largest threat to your business and asking yourself why you are not doing that yourself, as Uber regional general manager Jambu Palaniappan asked pointedly “how prepared are you to disrupt yourself?”.

Disruption need not be feared, however, as disruption in one area will create opportunities in another, Dr Meyerson reminded us.

To understand the language and thinking of the young, Qureishy assigned the audience to have a young person as a reverse mentor.

The awe-inspiring Nobel Laureate and founder of Grameen Bank, professor Muhammad Yunus, shared the story of how his “compulsive optimism” where “nobody can change [his] mind” helped in the creation of his social enterprise and micro-finance.

His moving speech told of how he accidentally got into lending to the poor and his never-ending confrontations with the banks, part of the system that keeps poor people poor. He analogised poor people to bonsai plants who do not grow to large trees because “society never gave them soil to grow, but deprived them of it”.

Proffesor Yunus humbly explained that he lent money to his villagers out of necessity to protect them from loan sharks, just as he created businesses selling sanitary latrines to improve hygiene, selling vegetable seeds to eradicate children’s night blindness and health insurance to improve the healthcare of the community.

He advised the captivated audience to “create businesses to solve problems and avoid charity which is not sustainable”. At a time when 1 per cent of the world’s population owns more than the remaining 99 per cent, we need to rebuild the machine to include selflessness and to solve problems through business.

Professor Yunus tells youth to be “job creators and to think like one”. He expressed how the education system, financial system, businesses, and our thought process have to change in order to reach the three zeros:

It is only once these three zeros are reached, the inspirational father of social enterprise said, that we will come to the new civilisation.

Jeanette Teh is assistant professor in the School of Business Administration at the Canadian University Dubai (CUD), a non-practicing lawyer, and a corporate trainer. Any views expressed in this article are solely those of the author’s and not of the university.
Related articles
Interview: Maserati’s CEO on the company’s new SUV