The Geneva leg of the 2021 edition of Watches and Wonders, one of the world’s most prestigious luxury watch events, began on April 7 as a digital-only event.

There are 38 participating brands including horological heavyweights including A. Lange & Söhne, Vacheron Constantin, Patek Philippe, Rolex, Montblanc, TAG Heuer and Chopard among others.

This is the second year in a row that the annual watch event, formerly known as the Salon International de la Haute Horologerie (SIHH), is being conducted as a digital event as a result of the pandemic.

The number of participating brands in the online event this year has doubled since last year. It will include 500 press conferences, 400 presentations to retailers, over 40 keynotes, a daily live Morning Show, six panel discussions, one-to-one appointments, and virtual tours too. Over 23,000 visitors – media, retailers and select customers – have been invited to Watches and Wonders Geneva by the brands for the fully digital experience.

The 38 brands at the event are expected to debut 42 launches with exclusive product reveals being held on the watchesandwonders.com platform. Here are a some of this year’s stunning new launches. 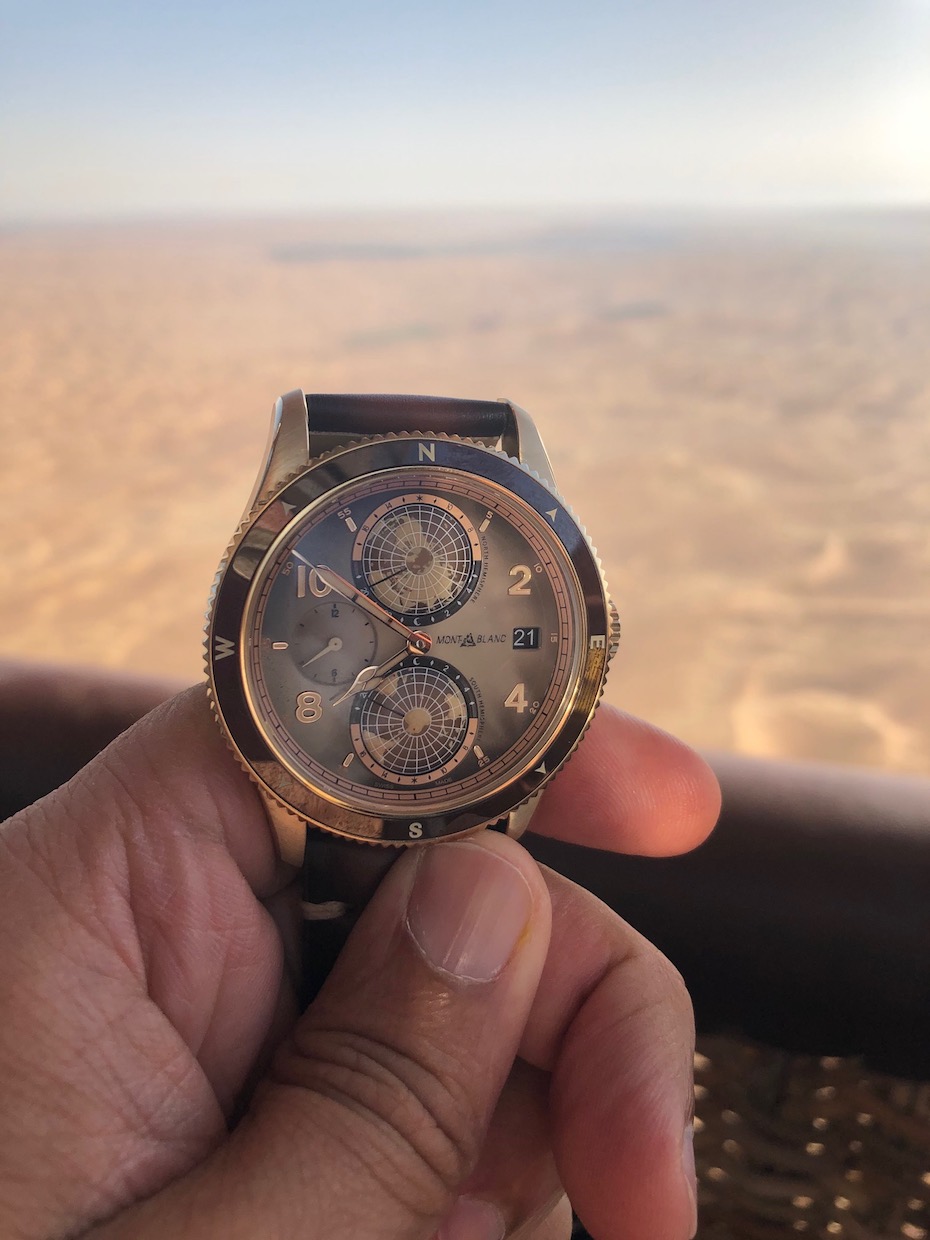 Although Watches & Wonders 2021 is a digital-only event, Montblanc organised an exclusive event in Dubai on Wednesday morning, inviting select journalists from the UAE to view the physical release of  its newest watch. 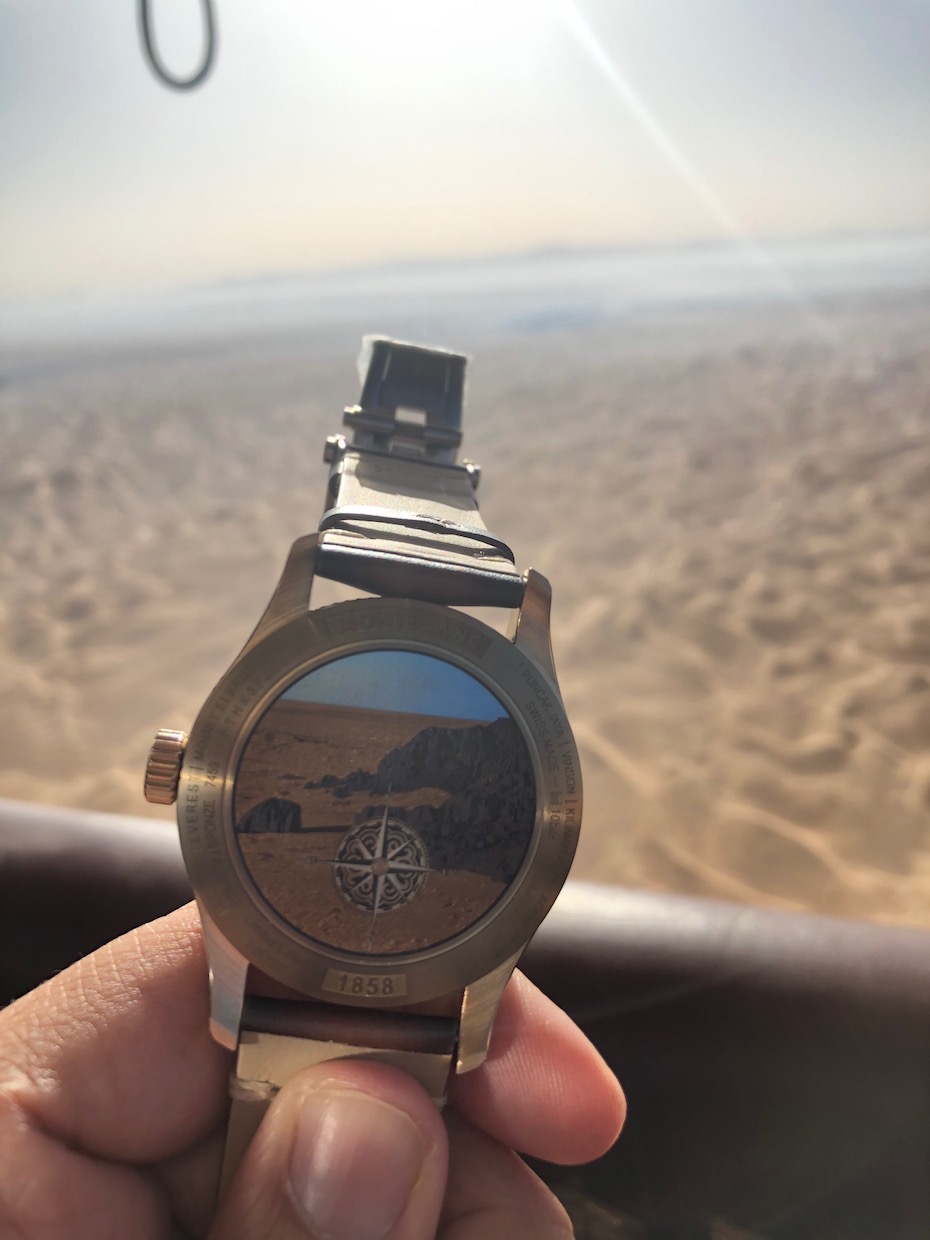 The media were bundled into a hot air balloon, where we went hands-on with the watch (see image above) and photographed it with commanding desert dunes in the background. The Geosphere Limited Edition ‘Desert’ has an image of the Gobi Desert on the caseback, and is a tribute to Reinhold Messner who in 2004 trekked across 1,200 miles in the Gobi desert over a five-week period. Reinhold Messner is one of the greatest living explorers. He was the world’s first climber to ascend all 14 peaks above 8,000 metres, and the first man to scale Everest without supplemental oxygen.

Commemorating his 2004 trek across the Gobi, Montblanc released this new watch which features an image from that desert on the caseback, and a world-time calibre MB 29.25 that powers the Northern and Southern hemispheres of the globe visible on the dial. At Montblanc, the world’s its playground. 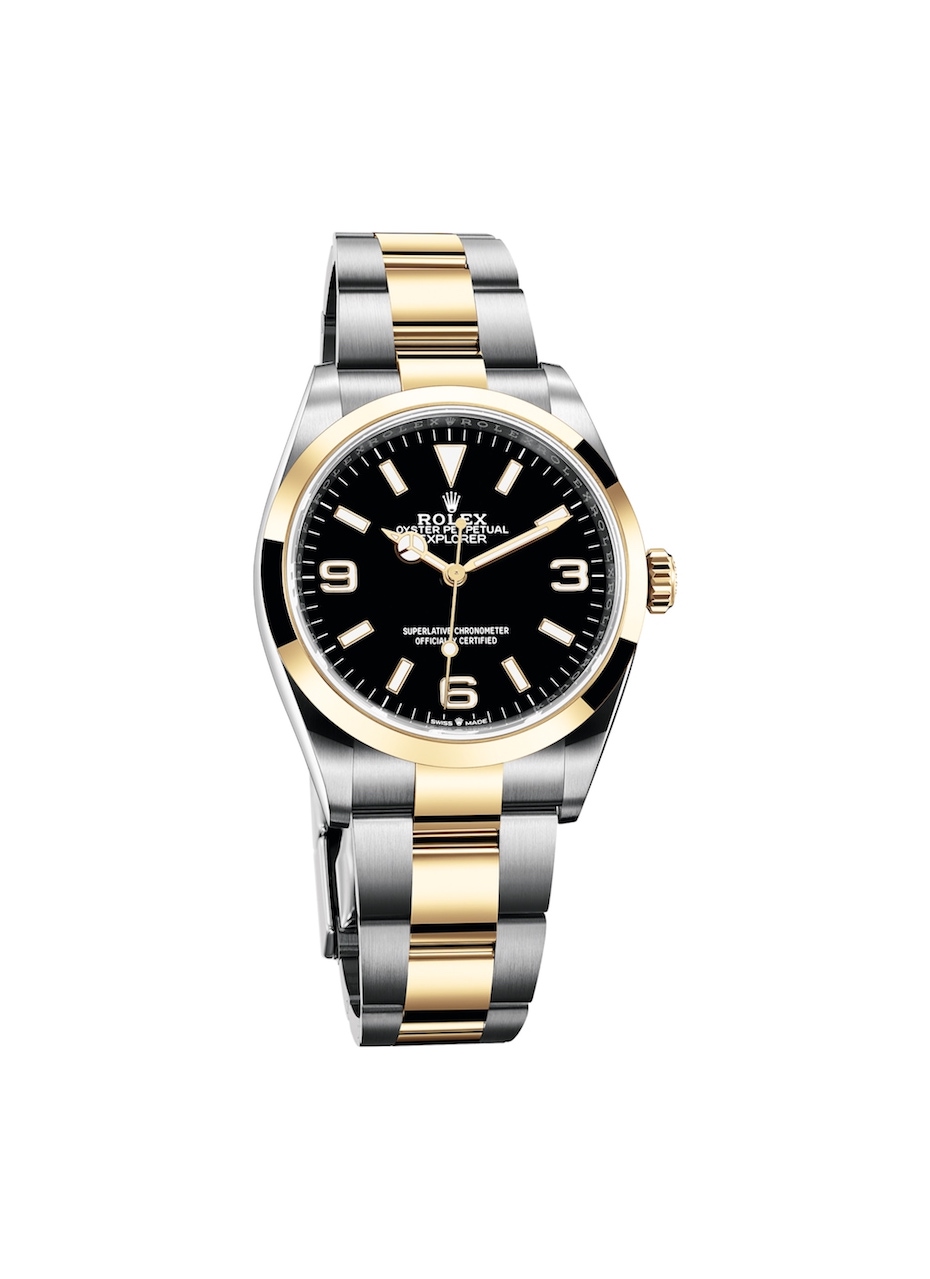 Rolex doesn’t do screaming headlines – and frankly, it doesn’t need to. It’s the world’s top-selling luxury watch brand by a mile. In 2020, its sales were estimated at CHF4.95bn, with one of every four Swiss watches bought worldwide being a Rolex. Rest assured, there’s an insatiable appetite for its current range of watches. Any additions to the basket need only be complementary models. That explains the new Ref 124273, the first-ever two-tone Explorer. The Rolesor, or 18k yellow gold placed alongside Oystersteel model is now offered in 36mm too.

Generally, it’s enough for Rolex enthusiasts to go weak in the knees when the brand decides to change the position of the text on the dial – that’s exactly what happened with this year’s Oystersteel Explorer Ref 124270. But with the Explorer Ref 124273, Rolex has introduced a new case size and a new material – enough to jam up the phone lines of every reputable Rolex dealer in the city. A vintage nod, there’s the Premier B09 Chronograph 40 with a pistachio green dial, a Premier B15 Duograph 42 with a split-seconds chronograph, and the dress-watch-meets-sports-watch Premier B25 Datora 42 that has a chronograph combined with a moonphase. 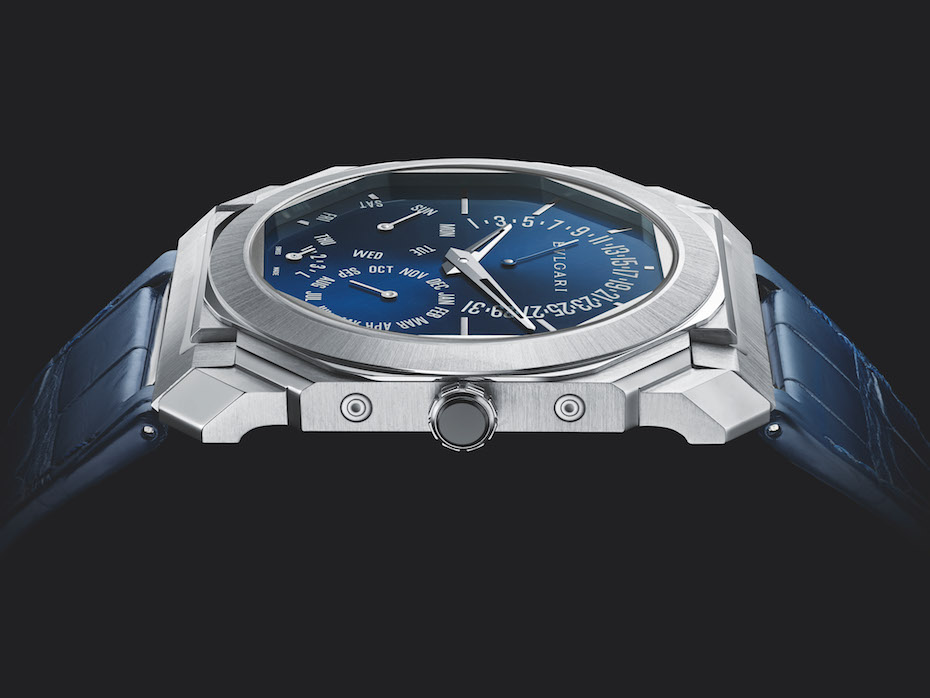 You’re looking at the seventh and latest world record from Bulgari, the Octo Finissimo Perpetual Calendar, the world’s thinnest perpetual calendar watch. Just how thin? A 2.75mm thick automatic in-house BVL 305 calibre controls not only the hours, and minutes, but a retrograde date, day, month, and a retrograde leap year indicator too. All this in the fully-encased platinum watch (it’s also available in titanium), which is only 5.8mm thick – just a little more than two one dirham coins stacked over each other. 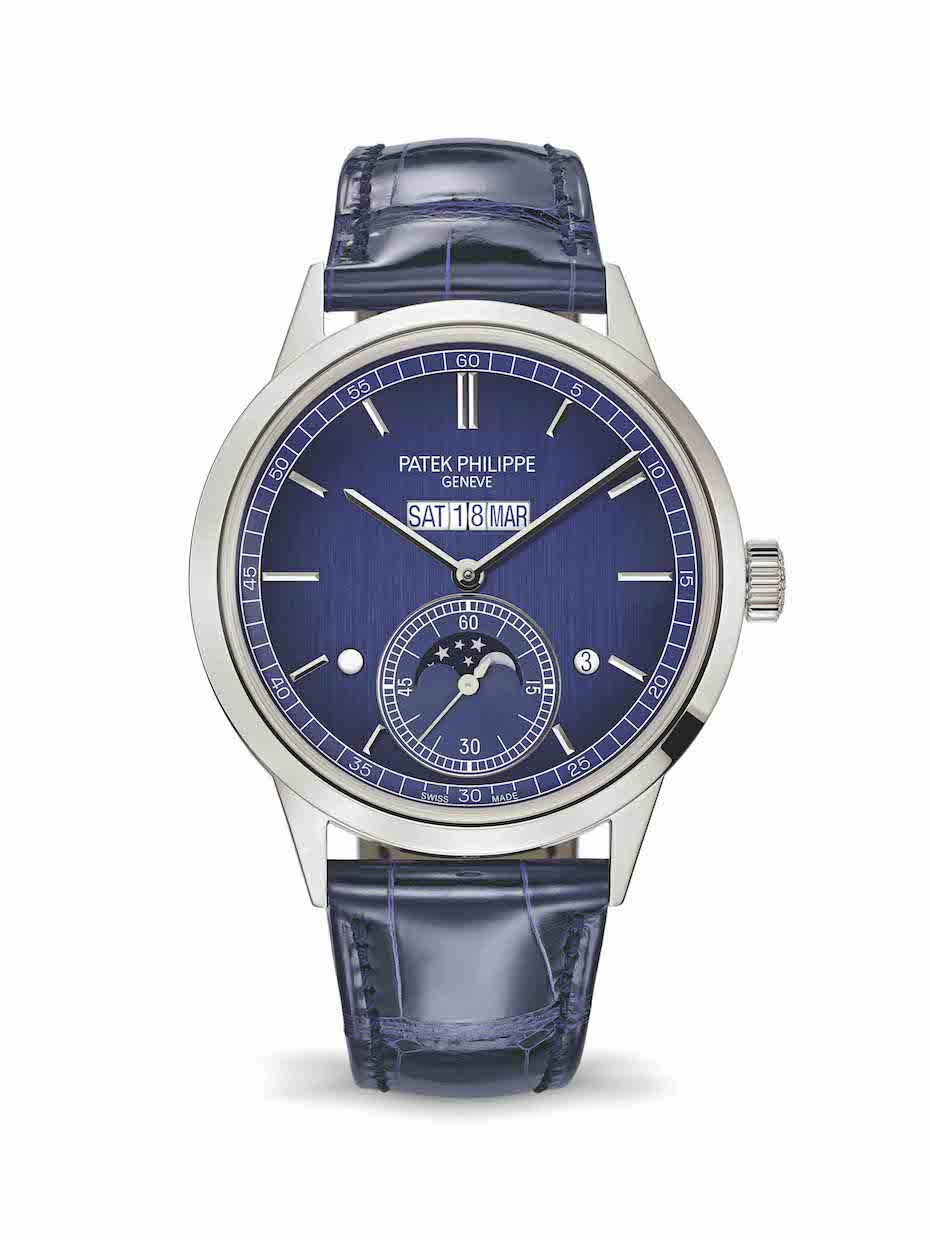 While Patek collectors were in for a shock revelation in January this year that the Nautilus 5711/1A-010 would be discontinued (they heaved a collective sigh of relief when at W&W 2021 it was announced that the 5711/1A-014 Nautilus would replace it), a parallel story with equal proportions was brewing for the brand. Along with the new Nautilus at W&W, Patek also unveiled this Ref 5236P-001 with a perpetual calendar in-line display on the dial – the first such arrangement ever for Patek. Mind you, this isn’t window dressing – pulling this off required a patented mechanism with an additional 118 components compared to a typical perpetual calendar to allow the four disks showcasing the day, date and month to remain aligned on the same plane. 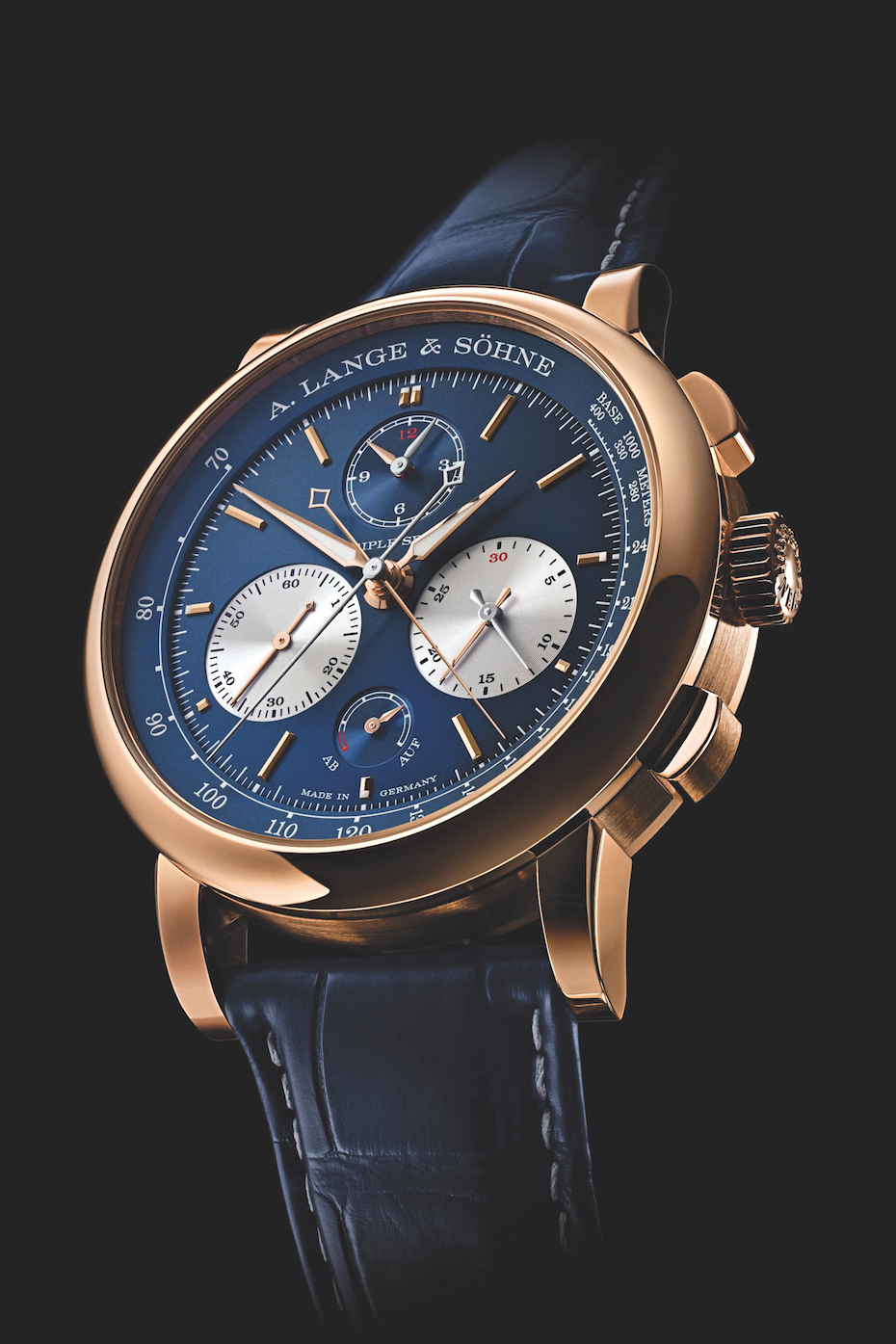 The Triple Split is the world’s only mechanical watch that can measure comparative and lap times of durations of up to 12 hours. While it was unveiled as a white gold model with a grey dial when it first broke cover in 2018, this year’s iteration is in pink gold with a blue dial, and is limited to only 100 pieces. The manually-wound calibre L1323.1 with 567 components is a technical masterpiece, made all the more captivating by way of a very German-level of movement finishing that challenges the Swiss at their own game. With a stunning movement, exemplary finishing and a new 43mm case material, the Triple Split is triple the fun too. 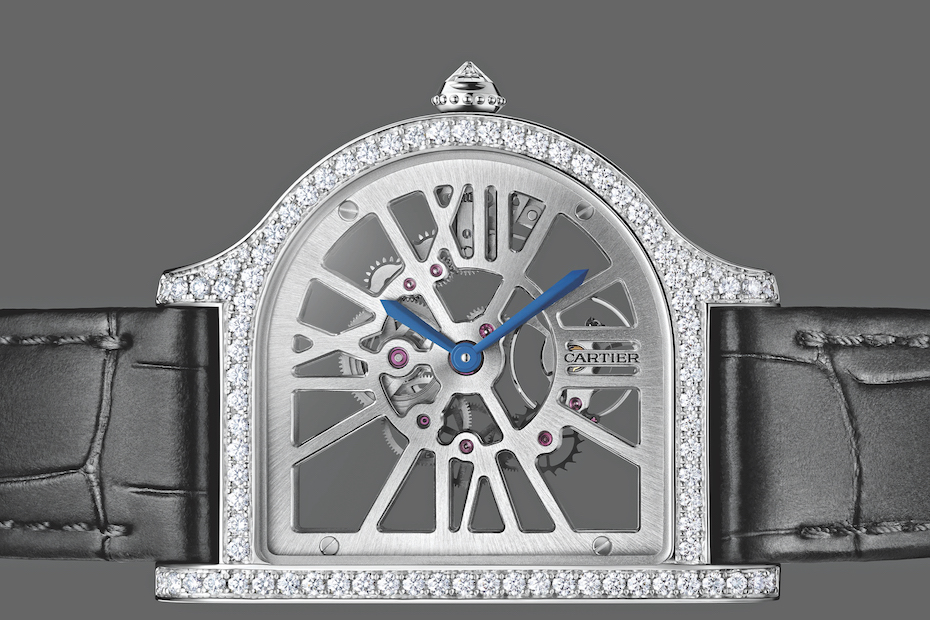 Unusual designs are not unusual for Cartier within its Privé collection – the Crash, Asymétrique and the Tonneau readily spring to mind. With the latest Cloche de Cartier collection, the shape of which resembles a clock, the dial is rotated 90 degrees. It required Cartier to take its manual-winding Manufacture 1917 movement and rework it to create a calibre 9626 MC skeletonised movement that could support the new timekeeping orientation. With case options of 18k pink gold and platinum, a still more decadent option is a platinum case set with 107 brilliant-cut diamonds that shows just how this jeweller-watchmaker can bring its A-game to both jewellery and watchmaking – simultaneously. 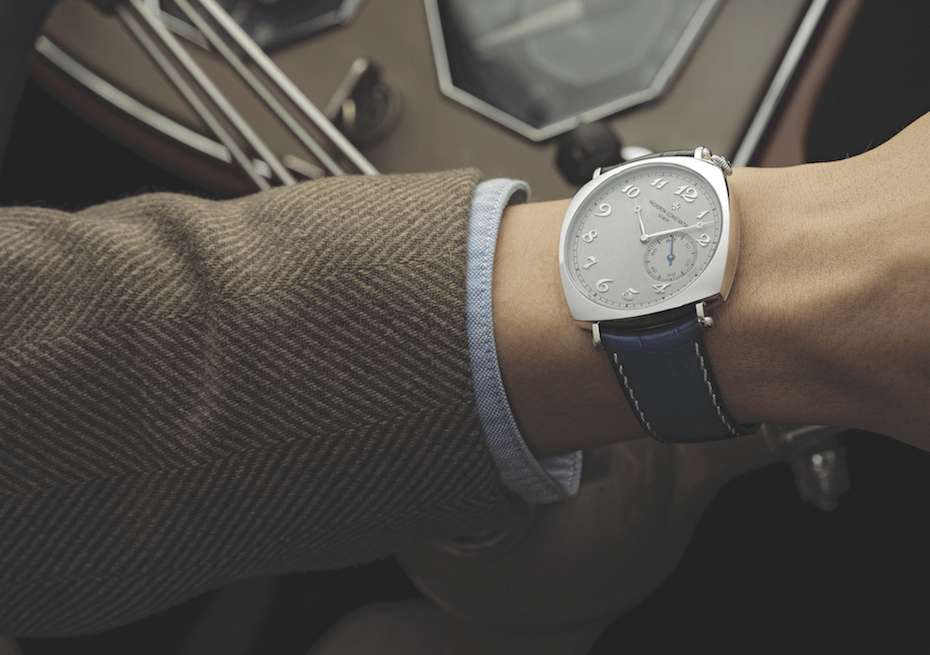 The original Vacheron 1921 timepiece was born in the Roaring Twenties – a decade that attempted to compensate in jubilance, celebration and grandeur for a world that had just emerged from World War I and the Spanish flu. The cushion-shaped case with a dial that was tilted 45-degrees and a crown that was off-centred was an experimental design that resonated with the times. Skip forward to 2021, and the new Historiques American 1921 marks the 100th-anniversary of that iconic watch. It includes 40mm and 36.5mm white gold versions. But a collector’s favourite will be the 40mm Collection Excellence Platine version of this watch in platinum limited to 100 pieces. All three models are Hallmark of Geneva-certified timepieces backed by the 4400AS manual winding calibre – meaning they’re solid for another 100 years, at least. 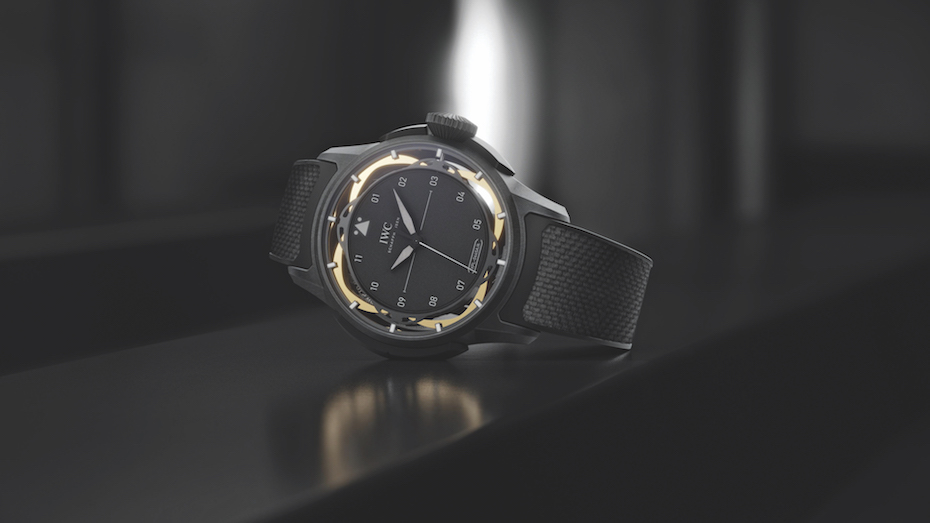 An F1 driver experiences 5g when braking hard while going into a corner; the maximum an astronaut will face during reentry into the earth’s orbit is around 8g; a fighter jet pilot pulling up vertically experiences up to 9g. This watch has a movement that can survive a g force of up to 30,000. A product of IWC’s new Experimental Engineering division, its ultra-shock resistant capability comes down to a Sprin-g Protect cantilevered suspension system that insulates it. The 44mm case is made from ceratanium – a titanium and ceramic compound – and houses an automatic-winding lightweight Calibre 321, with production of this watch limited to 10 pieces a year. If there was ever a watch purpose-designed to survive a torture chamber (not that we advocate anyone ever enter one), this would be it. 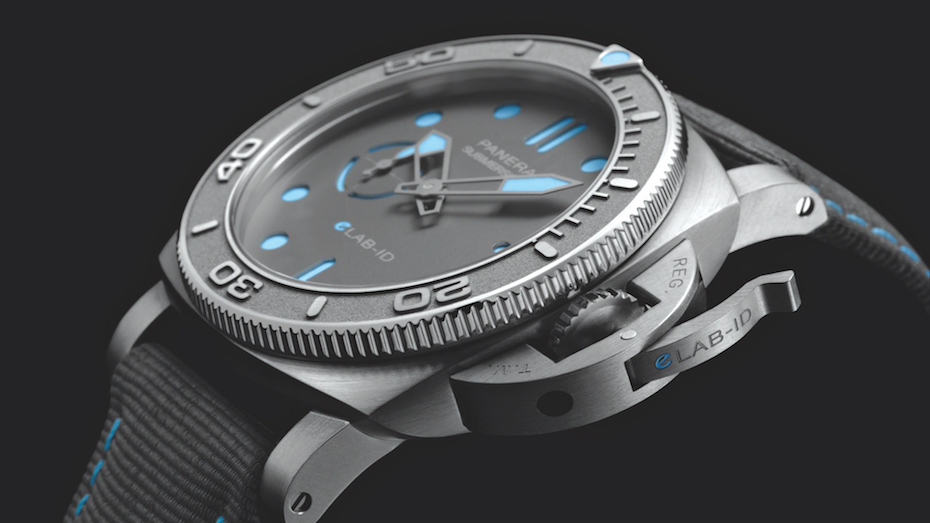 And it goes further. Its case, sandwich dial and bridges are all made from a recycled titanium alloy called EcoTitanium. Its sapphire crystals, dial, straps and gold hands also use recycled materials. At $60,000, this 44mm automatic-winding watch, limited to 30 pieces, commands a significant investment. But for eco-warriors with pockets not nearly as deep, the brand also introduced the Luminor Marina eSteel with nearly 60 per cent of its components made from recycled materials and priced at around a seventh of the cost of the eLAB-ID. 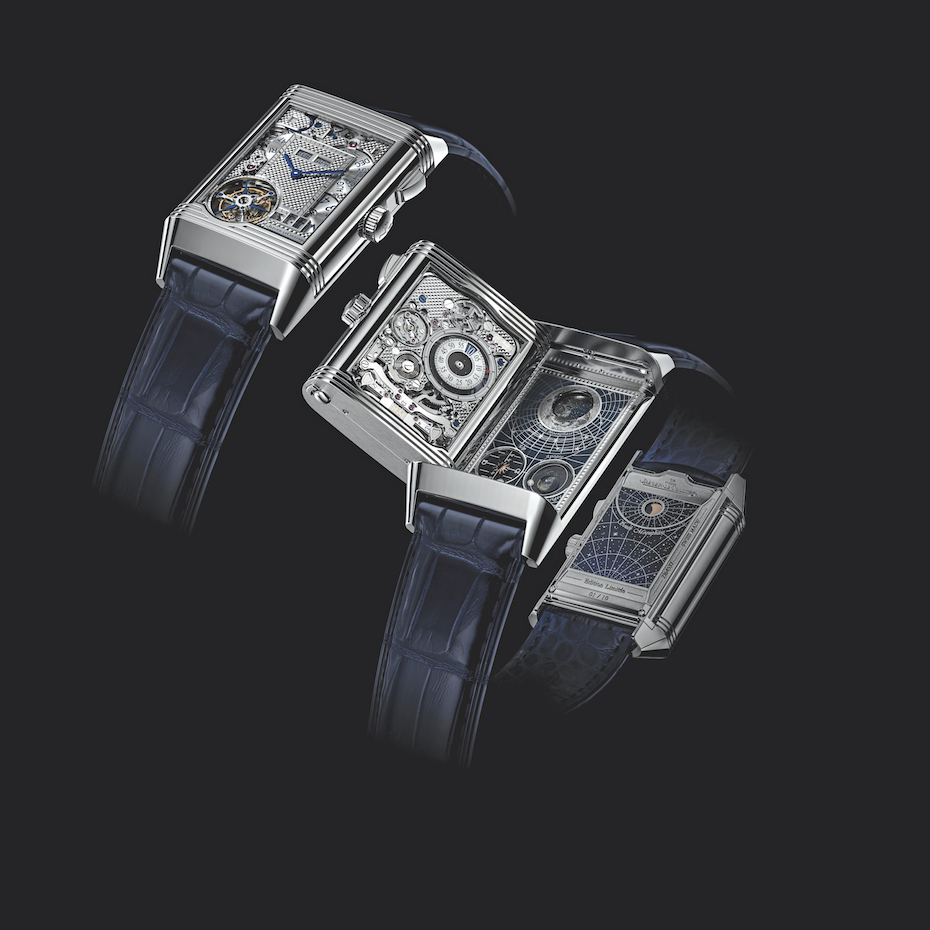 The new Hybris Mechanica Calibre 185 is the most complicated Reverso ever made. It is the world’s first wristwatch with four different faces that tell you much more than just the time. There’s a perpetual calendar, minute repeater, and a lunar indicator that displays the moon’s synodic, draconic and anomalistic cycle, allowing this wristbound astrophysicist to predict supermoons and eclipses too. It took six years to create this timepiece which also features a sky chart with the southern hemisphere moonphase on the outermost face of the watch, a tourbillon, minute repeater, and leap year indicator too – all packed into a white gold case that features an incredibly complex manual winding movement. It tells the time too. A star is born.