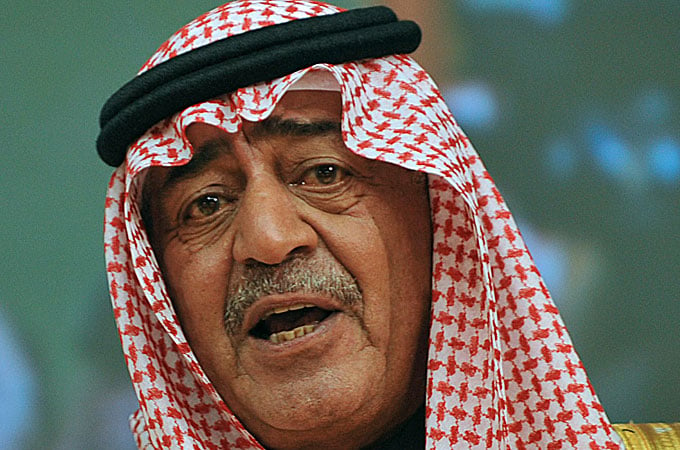 Saudi Arabia’s new Crown Prince Muqrin represents the biggest break from the Kingdom’s tradition of any of his predecessors in the role – both because of his lowly maternal birth and his foreign education.

Seen as a relative progressive in the ruling family, with a grasp on the need for long-term reform, Muqrin has also voiced traditional hawkish views on Iran, but it is far from clear how much influence he will have during Salman’s reign.

The affable former fighter pilot, long a member of the ruling family’s top circle of strategic decision makers and intelligence chief from 2005-12, appears on paper to have the stolid qualifications required by his family to rule.

But the 69-year-old heir to King Salman will be the first Saudi monarch born after the birthplace of Islam struck oil in 1939, and the first to attend a Western university instead of the home classes run by clerics in Riyadh’s old mud palace.

And, as the son of King Abdulaziz by a Yemeni woman instead of a wife of high tribal birth, he has no full siblings in the ruling dynasty and has often been seen as something of an outsider, condescended to by haughtier relatives.

“Muqrin is not as conservative (as Salman), but we will see how much of a role he will play in the new reign. According to Saudi law, the crown prince cannot do more than what he is assigned by the king,” said Khalid al-Dakheel, a political science professor in Riyadh.

When he was appointed deputy crown prince by Abdullah a year ago, Muqrin promised in a statement carried by state media to continue the late king’s economic and social reforms.

“He gives you an impression of a progressive guy who knows the world very well. When he was governor of Medina he made reforms and he is into culture and music,” said Jamal Khashoggi, head of a television news channel owned by another prince.

“He’s bilingual and an avid reader of The Economist. It’s his favourite magazine,” he added.

Perhaps unsurprisingly for a member of the Saudi ruling family, which sees itself as locked in a region-wide struggle with Tehran for control of the Middle East, he is seen as hawkish on Shi’ite Iran.

A 2008 U.S. diplomatic cable from the Riyadh embassy, released by WikiLeaks, cited him as being in favour of much stronger sanctions against Iran. In another cable from the following year, he was quoted by diplomats as warning that the Shi’ite crescent was “becoming a full moon”.

The youngest son of Saudi Arabia’s founder, the prince is a genial former airforce captain, diplomats say, and is a close friend of his nephew Prince Bandar, another former spy chief, with whom he served in the military.

A 2009 U.S. diplomatic cable published by WikiLeaks described Muqrin as having the confidence of the king, who had “given him the lead on Saudi efforts to resolve conflicts in Afghanistan and Pakistan” and sent him to build ties with Syria.

Prince Muqrin trained as a military pilot at Cranston, a British Royal Air Force base, and is described by diplomats as outgoing and gregarious. He served for nearly 20 years as governor of Hail province before being promoted to the post of governor of Medina province in 1999.

He served as intelligence chief from 2005 to 2012, a challenging period when the kingdom put down a determined insurgency by al Qaeda militants and sought to stave off instability from neighbouring Iraq, where Islamist armed groups were fighting U.S. occupation.

He is an accomplished musician who plays the lute and takes an interest in astronomy, Saudis say. A Saudi journalist, Fahed Amer al-Ahmadi, told Al Arabiya television last year the prince spoke several languages and was very “open minded”.

Some Saudis close to the family say it was Muqrin who brought Bandar back into the top echelons of the administration after years when Bandar disappeared from public life.

The 2009 U.S. cable noted Muqrin appeared to have been heavily involved in Saudi dealings with Yemen, and “likely has personal as well as professional reasons for being so” a reference to his Yemeni heritage.

If that remains the case, his ties to the country could play a role in developing the Saudi response to Yemen’s growing chaos after the Iranian-backed Houthi movement all but seized power there last week.