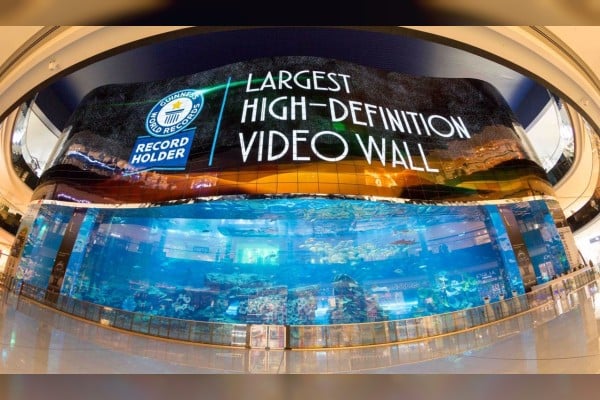 The new attraction includes more than 820 flexible OLED panels that are able to curve to mimic ocean waves.

“We’re committed to delivering the best in the industry and are honoured that the new OLED screen at Dubai Aquarium and Underwater Zoo has received three Guinness World Records achievements, underpinning our commitment to pioneering innovative attractions, continued advancements in technology and digital attractions, and inspiring joy,” he said.

Dubai Mall itself is known as the most visited shopping centre on the planet, hosting around 80 million shoppers a year.