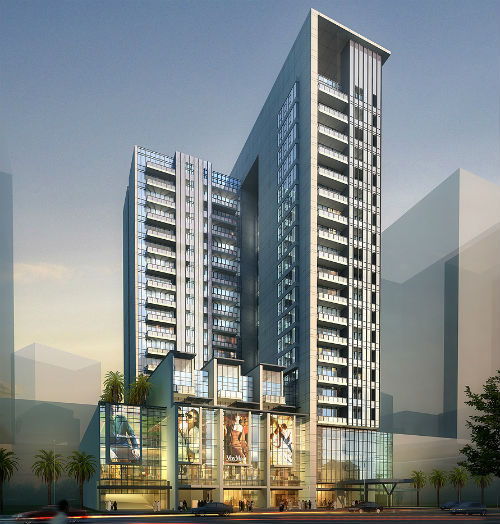 A new development in Downtown Dubai has attracted investments worth Dhs100 million following a pre-launch presentation, its developers have said.

Investors snapped up over half of the 140 apartment units in the Burj Pacific development during a two-day showcase in Dubai.

Prices for the property started at just over Dhs1 million for a one-bedroom apartment.

“The initial booking deposit is 15 per cent, plus an additional 35 per cent during the two-year construction period with 50 per cent balance due upon completion in the second quarter 2016,” he said.

Investors included local and overseas buyers, including Asians, Arabs and Europeans, he said.

Around 70 per cent of the investors were looking for buy-to-let opportunities with the remaining 30 per cent being end users, Rehman added.

Indian Bollywood celebrity Sohail Khan was also one of the investors, purchasing several apartments on a single floor, Sherwoods said.

“This is a family investment,” Khan said. “These apartments will make ideal homes when we all travel to Dubai,” he added.

Dubai’s property market has rebounded strongly this year with investors regaining confidence in the emirate. In the past twelve months, residential prices in Dubai have increased by 38 per cent for apartments and 24 per cent for villas while rents have risen 20 per cent and 17 per cent respectively, according to recent research by Standard Chartered Bank.