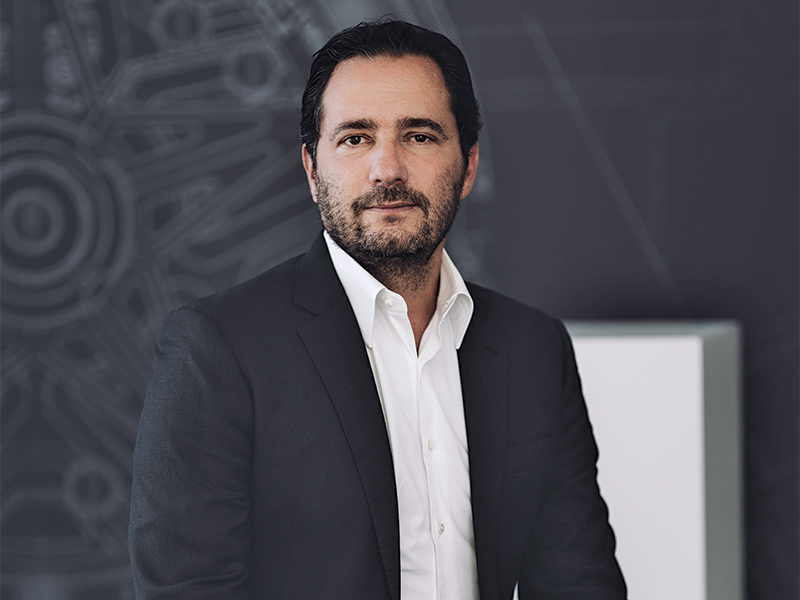 Sleepy. Dusty. Boring. Three adjectives that you will seldom, if ever, hear a CEO use when describing the perception of a brand they lead. But Zenith CEO Julien Tornare doesn’t communicate off a script.

In 2017, it’s that non-conventional and non-conformist outlook that got the former Asia-pacific head of Vacheron Constantin the job at Zenith. After all, it was another Swiss watch industry legend who embodied those very same set of values that offered Tornare the job – Jean-Claude Biver, the then president of the LVMH watch division.

“He [Biver] was looking for someone who wouldn’t be scared of creating new things, moving forward. He didn’t want someone who would be too conservative. It was my mission, and I discussed this with Biver in the early stages, to shake up the company,” Tornare told Gulf Business on the sidelines of an event to celebrate the 50th anniversary of the El Primero in Dubai recently.

Zenith, a 154-year-old brand started by Georges Favre-Jacot, had in the few years preceding Tornare’s appointment slipped into a unit partially starved on product innovation. Within less than six months of beginning his new role, Zenith debuted the radical Defy Lab in 2017 with a revolutionary new oscillator system. Equipped with the ZO 342 calibre, it used a single silicon component to replace over 30 components of a typical movement including the balance, balance spring and lever.

“The regulating organ of a watch hadn’t ever changed since 1865 – every single watch was based on the pendulum system,” said Tornare. The watch was introduced as a 10-piece concept watch. “My big challenge was to take enough time to stabilize this invention to make greater quantities of this watch, and that took us two years. We just started to deliver the Defy Inventor, which is the evolution of the Defy Lab, a few weeks ago.”  The Defy Inventor which debuted at Baselworld last year has an oscillating frequency of 18Hz, nearly four times more than the regular frequency found on most other mechanical watches.

This isn’t the first time that Zenith has led the way in technical innovation. Back in 1969, it unveiled the El Primero, the world’s first automatic chronograph movement. The following year, Zenith reportedly took one of its El Primero timepieces and strapped it onto the landing gear of a Boeing 707 Air France flight AF015 that crossed the Atlantic Ocean from Paris and New York to showcase its robustness. The watch which faced temperatures of up to -62 degrees Celcius was still keeping perfect time by the time the plane landed.

But the El Primero nearly faded into obscurity. In the Seventies, when the Quartz Crisis was scorching the Swiss watch industry, Zenith decided to discontinue the production of the El Primero and discard the equipment needed to make it. Knowing the shortsightedness of binning such an avant-garde movement, one of the engineers in the company who worked on developing the movement – Charles Vermot – without the consent or knowledge of his co-workers, stashed away the some of the key components, machinery and tools required to make the El Primero behind a false wall within the manufacture itself.

In 1984, when Zenith decided that it wanted to restart production to the high-frequency movement, but didn’t know where to begin, it was Vermot who stepped up and brought out the machinery that he had hidden, thus allowing Zenith to resume production of El Primero.

Vermot passed away a few years ago, but a few of his colleagues are alive. “I met some of the people who made the El Primero in the Sixties a year ago. These gentlemen, the youngest was born in 1945 and the oldest was born in 1939, had so much dynamism and enterprise. Everyone told them that it’s not going to work, but they persevered.” 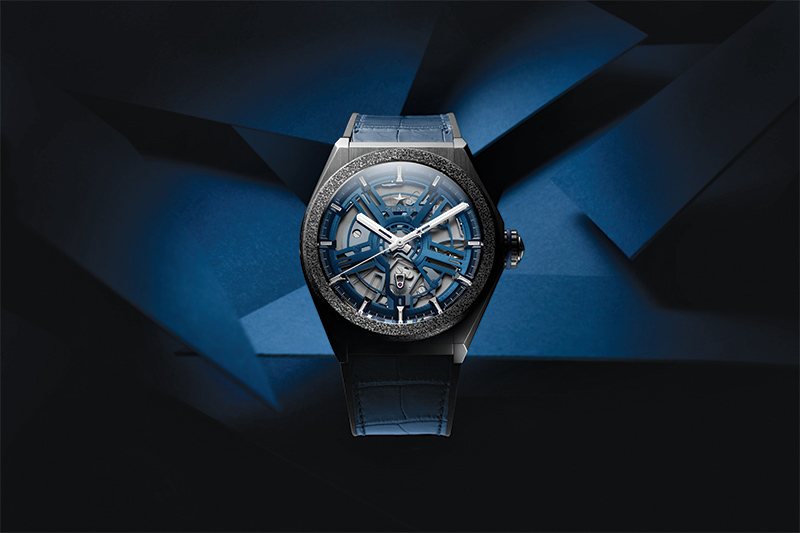 For Tornare, apart from product innovation, he’s also overhauling the company’s production, distribution and marketing strategies. Zenith is currently manufacturing 22,000 watches a year and he says that he’d like to increase that number to 30,000 in the next 3-4 years. “We are present in 72 countries. Our key markets are Greater China, the Americas and Japan. We are also opening more boutiques – we have 10 boutiques of our own and 10 are franchised. When I came onboard we had 841 retailers, which we shrunk down to 600, and I will further reduce it to 500.”

The Middle East is a focus area for Zenith. As Tornare says, it is one of the reasons why LVMH organized its inaugural watch and jewellery show in Dubai this month alongside TAG Heuer, Bulgari and Hublot.

“The UAE is our biggest market in the Middle East. Dubai acts as a hub because people from all over the region like to come and shop. We need to be more present in Dubai. Our business is growing in Saudi Arabia, and we’ve been doing very well among collectors in Kuwait too. I was also in Beirut, where we’re doing well, a few months ago.”

As for Zenith’s e-commerce strategy, still in its nascent stages, Tornare wants it to be a platform for collaborations rather than selling volumes. “We started e-commerce at about the time I came onboard. To us, e-commerce will be successful if we can sell a special model in a limited edition – as we’ve done in collaboration with Hodinkee and also Net-a-Porter where a 50 pieces limited edition timepiece sold out in one hour and 20 minutes.”

In October last year, Zenith entered into a three-way collaboration with UK-based Bamford Watch Department and Net-a-Porter on a limited-edition El Primero Revival A384 Edge of Space timepiece.

For the last 16 years, Bamford has been customizing watches from the likes of Rolex, Audemars Piguet and Zenith, among others. None of the Swiss watch brands gave him its endorsement – until Zenith became the first to officially collaborate with Bamford two years ago. “When I came onboard, at first I thought I didn’t want anything to do with him. But then I realized that firstly he’s doing it [watch customisations] respectfully, secondly he’s got a great client base and thirdly I won’t be able to do the same thing as he’s doing. Instead of going against him, I decided to enter an agreement and became the first brand to officially partner with him. That also gave us control because we authenticate every watch that he customizes.”

Tornare’s decision to partner with a watch customization house is an example of him ensuring that a154-years-old brand like Zenith can still tap into the zeitgeist and thereby appeal to younger, millennial audience. “The new generation is tempted to wear a cellphone on their wrist, or even no watch at all. How do we keep these millennials interested in mechanical watches? We show them we are making these watches for their century. We are not selling them the same watch we sold to their parents.” That intent would explain decisions like teaming up with Grammy award-winning music producer and hip hop artist Swiss Beatz to release a limited edition Zenith Defy Classic Swizz Beatz Edition in 2018, or more recently a Japanese special timepiece, the A384 Lupin The Third Edition, a tribute to the Japanese manga and anime TV series Lupin The Third.

While Tornare’s pushing forward a thoroughly 21-st century positioning, he’s also keeping tabs on the appetite for the brand’s heritage pieces especially those that come up for auction. “In the middle of last year, we sold an A384 original from 1970. While it was estimated to sell at 6,000-8,000 Swiss francs, it auctioned for 40,000. In November, we sold an El Primero with a special dial for the Only Watch for 75,000 Swiss francs whereas our previous record was 64,000. The day after that we sold a unique piece we made in collaboration with Philips auction house for 200,000 Swiss francs.

“The same is the case with [Rolex] Daytonas with a Zenith movement,” says Tornare referring to the period between 1989 and 2000 when Rolex used a modified version of the El Primero in its Cosmograph Daytona, “where you can see prices going up.”

His plans for this have been crystallised. “In 2020 I will complete the Defy offering with two additional products. I will focus on the crazy editions, the limited editions – now I have the line to do it with the Defy. I will also capitalize on the Chronomaster revival.

“One of the big themes for 2020 will also be women. We see more women wearing big watches. We need to think about how to bring a feminine and fun touch to our watches to make it appealing to them.”

So is Tornare’s strategy to shed the perception of Zenith as a sleepy, dusty and boring brand paying off? An indicator of the industry’s nod to Zenith’s new direction under Tornare could be found at last year’s Grand Prix d’Horlogerie de Geneve – the Oscars of the watchmaking world – where five of its watches made it to the final shortlist.

Evidently, Tornare’s spent his first two years as CEO pointing the brand in the right direction – he has now only to make sure that it doesn’t lose sight of its true north.