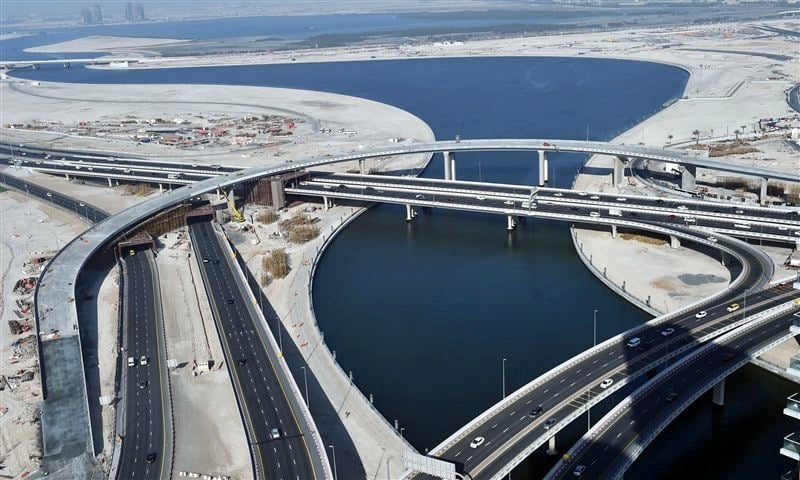 Dubai’s Roads and Transport Authority (RTA) has completed 90 per cent of the project works of a bridge that will cross over the Water Canal.

The Dhs177m project will see the bridge running from Al Khail Road to the Financial Centre Road.

Undertaken by the RTA in partnership with Emaar Properties, the bridge is expected to be completed by the end of this year, the RTA’s director-general and chairman Mattar Al Tayer said in a statement. 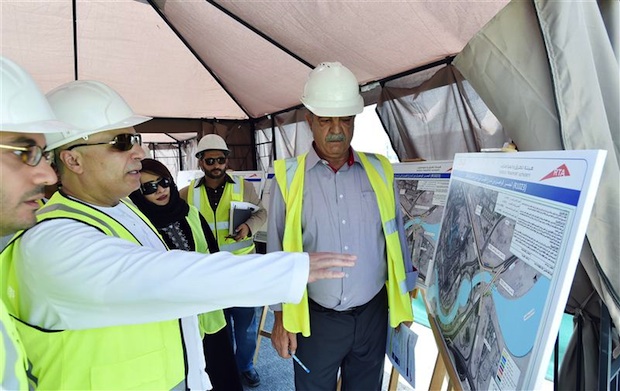 The bridge, which starts from the intersection of Ras Al Khor Road and Al Khail Road, consists of two lanes in one direction stretching 1270 meters with the width ranging from 11 to 15 meters.

It is built on individual pillars and crosses over the Dubai Water Canal. 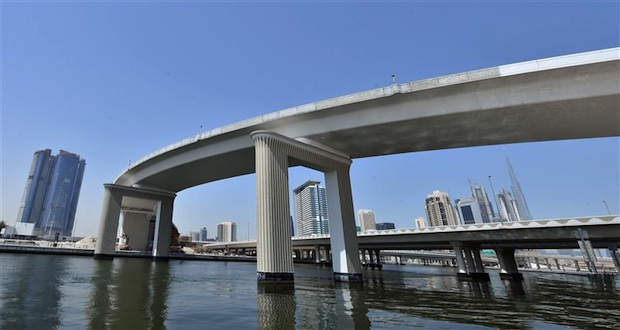 The project works also included lighting and the shifting of impacted infrastructure services such as water, electricity, irrigation, drainage and communication lines.

The existing road will be widened by adding two lanes in a 480 meter-long sector to allow traffic from the intersection of the Dubai-Al Ain Road at Al Khail Road and along the upper deck of the Financial Centre Road.

An entry point will also be provided to the parking terminal of the Dubai Mall expansion project, the RTA said.

“The project will ease the traffic flow along the Financial Centre road as well as the surface intersections by reducing the vehicular density on the intersections leading to the Mohammed bin Rashid Boulevard. It will step up the capacity of the road to as many as 4,500 vehicles during peak hours, serve a host of development projects, and alleviate the pressure on the existing roads network,” the statement said.

The project is also part of plans to accommodate Emaar’s massive expansion of the Dubai Mall. The expansion includes the construction of a Fashion Avenue beside the existing mall, which will see the addition of 75,000 sqm along with 25,000 sqm as car parking.