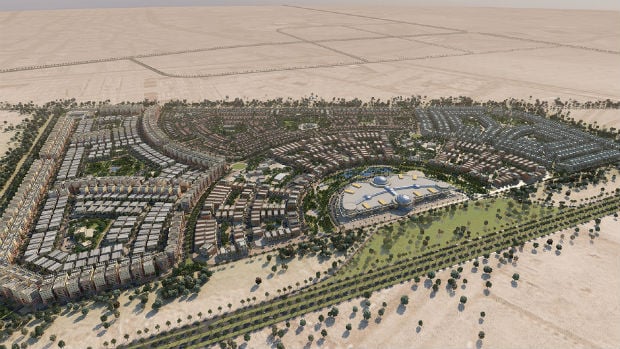 Tilal City, a massive mixed-use project taking shape in Sharjah, will include several schools, mosques and a mega mall, its developer has revealed.

The Dhs2.4bn project will also have a total of 11 educational facilities including schools and early development centres in addition to leisure centres, healthcare facilities and civil defense stations.

Community facilities in the development will also include green spaces, jogging and bicycle tracks and six mosques, as well as education, retail and leisure areas.

As per the masterplan, Tilal City will also have an upscale mall that will be surrounded by a garden, the developer said in a statement.

Almost 45 per cent of land in the development will be devoted to community facilities.

Tilal City, which is Sharjah’s first master planned community, is located off Emirates Road, close to the Al Dhaid interchange and is being developed by Tilal Properties.

The 25 million square feet development is split into five zones named from A to E. Each plot has been designed with parking spaces, with a setback area of at least 50 per cent.

All mixed-use buildings and commercial buildings in the development will be located on the periphery of Zone A, Tilal Properties added.

Tilal City was designed by UAE-based architects Khatib & Alami and has 1,855 plots of land for sale, the developer said.

Non-Arab expats can purchase land plots on a 100-year leasehold basis within the scheme while freehold land plots are available for GCC nationals and UAE-based Arab residents. Landowners will not be charged any community fees.

“As such, we introduced the tactical split of retail and commercial versus residential properties in the city, which is a unique element of the masterplan.”

Sharjah’s property sector has been booming in the last year, with developers launching new residential properties across the emirate.