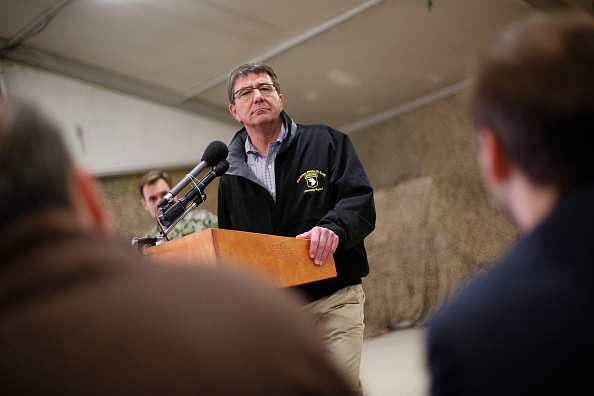 New U.S. Defense Secretary Ash Carter is gathering top U.S. military commanders and diplomats for talks in Kuwait on Monday about the battle against ISIL, as America’s military effort approaches major hurdles in both Iraq and Syria.

Carter says he hopes the roughly six hours of largely unscripted discussions will help assess the war that he is inheriting after swearing-in on Tuesday as President Barack Obama’s fourth defense secretary.

“I’m trying to assess the situation in Iraq, Syria and the region more generally,” Carter told reporters during his first trip abroad as defense secretary.

Carter’s meeting at a U.S. Army camp in Kuwait comes against the backdrop of a fierce debate inside the United States about the U.S. strategy, which Obama’s Republican critics say is far too limited militarily to succeed.

It also comes at a moment of increasing concern about the group’s spread, with Libya emerging as a battleground for militants loyal to ISIL.

Among the long list of participants are General Lloyd Austin, the head of U.S. forces in the Middle East, retired General John Allen, Obama’s envoy to the anti-ISIL coalition and U.S. ambassadors to countries including Saudi Arabia and Jordan.

Still, a senior U.S. defense official travelling with Carter stressed the gathering was a learning tool — not a sign of his concern about the strategy or a prelude to an overhaul.

“I am not expecting a major re-write of our strategy. I’m just not. He just wants to understand it and he’s the kind of guy where he needs to … dig into it,” the official said, speaking to reporters on condition of anonymity.

The United States is now restricting the role of ground troops in Iraq to advising and training local forces, focusing American firepower on a U.S.-led coalition air campaign against ISIL targets in Iraq and Syria.

But Carter could soon be asked to make a recommendation about whether to send American forces closer to the fight, possibly as spotters for air strikes during an offensive to retake the city of Mosul that could begin in April or May.

“I’m always open to advice from our military commanders about what the best way to achieve success is,” Carter said. “That is a question that will come down the road.”

The Pentagon is also preparing to start training Syrian rebels next month at sites outside of Syria.