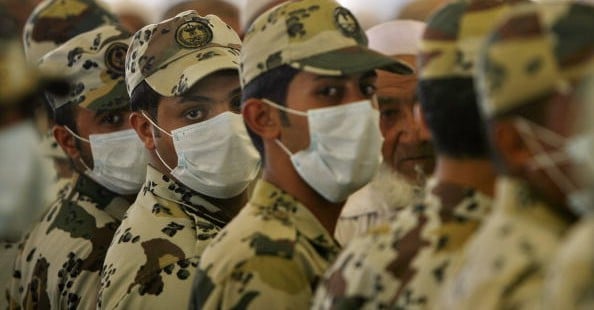 Saudi Arabia said another person had died of the SARS-like coronavirus MERS and six new cases were registered, as international experts said on Saturday countries should standardise their approach to treating the disease.

The latest cases bring the total number infected worldwide to 70, with 39 having died since MERS was identified last year.

“Fast and complete reporting of cases, with contact histories, clinical care and treatment outcomes in as much detail as possible, and collected in a uniform manner across countries, is necessary,” they said in an emailed statement.

Most of the cases so far have been in Saudi Arabia, where 55 people have been confirmed as having the disease, of whom 33 have died. The kingdom, birthplace of Islam, hosts millions of pilgrims each year for the annual haj pilgrimage.

The experts said in a statement after the meeting on Saturday that countries hosting mass gatherings where MERS was a risk should develop specific plans, without giving details.

While the haj does not take place this year until October, many Muslim pilgrims from around the world are expected to head for Mecca next month during the fast of Ramadan.

As well as announcing the latest death, the Saudi Health Ministry said late on Friday a 41-year-old woman in Riyadh was in a stable condition with the disease, and that a 32-year-old with cancer was also being treated.

On Thursday, it confirmed four new cases, including three health workers, who have all recovered.

Researchers said Middle East Respiratory Syndrome, or MERS, is even more deadly than SARS and is easily transmitted in healthcare environments.

The disease can cause coughing, fever and pneumonia and has spread from the Gulf to France, Germany, Italy and Britain.