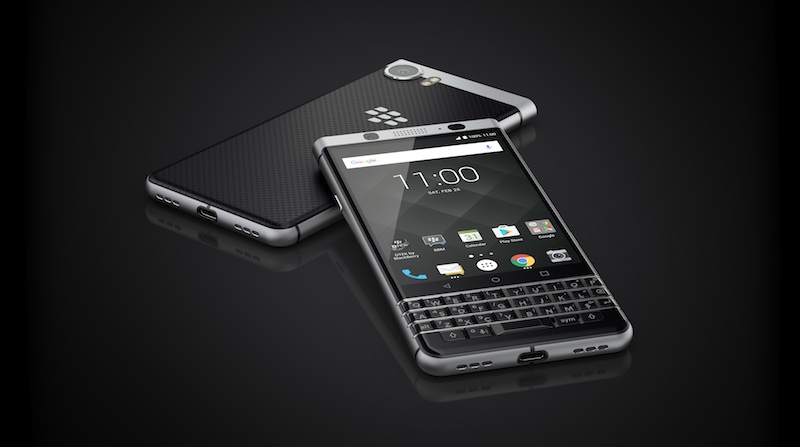 The latest smartphone to come from BlackBerry, the KEYone, has been launched in the UAE, it was announced on Sunday.

The smartphone is the first to be launched by Hong Kong-based TCL Communication, which signed a brand licensing agreement with BlackBerry in December 2016.

It was unveiled at the Mobile World Congress in February.

Priced at Dhs1,999 in the UAE, the BlackBerry KEYone is available at the BlackBerry store in Dubai Mall from Sunday and will be available across the country from May 22 in Axiom retail stores, Etisalat owned stores and other retail outlets.

In terms of design, the device features an aluminum frame and soft-grip textured back, along with a physical keyboard with raised keys. It includes a 12MP rear camera and an 8MP front camera with fixed focus and 84-degree wide angle lens.

It runs on Android 7.1 Nougat and comes with the BlackBerry Hub – which showcases all messages from emails, texts and social media in one place.

The KEYone will also have the “largest battery ever” in a BlackBerry smartphone, the company said, offering roughly 26 hours of mixed use.

Mike Al-Mefleh, Middle East regional director for BlackBerry Mobile, a business unit within TCL Communication, said: “The UAE is one of the most promising markets in the Middle East, with one of the highest smartphone penetration rates in the world.

“The GCC as a whole represents a great opportunity for us, and with the region riding a wave of unprecedented connectivity and home to a digitally savvy generation of consumers, there could be no better time for us to introduce our new flagship product.”

Canadian smartphone maker BlackBerry enjoyed a strong brand presence in the GCC region before it was hit hard by competition from players such as Apple and Samsung.

The brand’s share of the global smartphone market stood at 0.0481 per cent at the end of 2016, according to a report by Gartner.

Worldwide, more than 432 million smartphones were sold in Q4 2016, with BlackBerry phones (using the BlackBerry OS) only accounting for 207,900 devices.