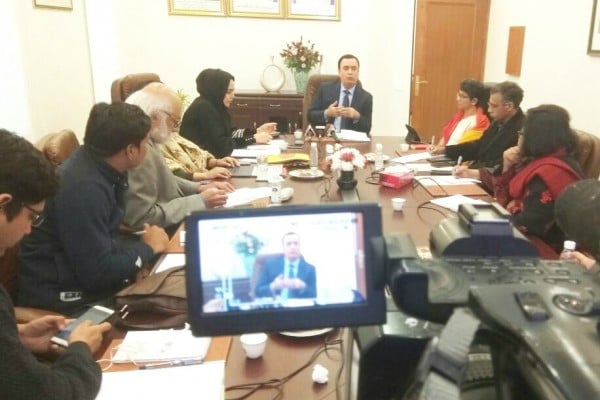 A new smartphone application has been launched to help Indians apply for work visas in the UAE.

UAE ambassador to India, Ahmed Abdulrahman Al Banna, attended the launch of the service in New Delhi on Tuesday.

It is designed to facilitate the completion of the majority of visa procedures in India, “which will guarantee a work visa to the UAE without trouble”, according to state news agency WAM.

Al Banna told reporters the app was available in English and Hidi for Android and Apple smartphones.

The Malayalam language will also be added soon due to the large number of UAE job applicants from Kerala.

The scheme forms part of collaboration efforts between UAE and Indian authorities.

In 2016 the two sides introduced new checks designed to ensure blue-collar Indian workers leaving for work in the UAE received the same salary and benefits promised by recruiters.

There were 1.6 million Indian visitors to the UAE last year, with one million visiting Dubai alone between January and September.