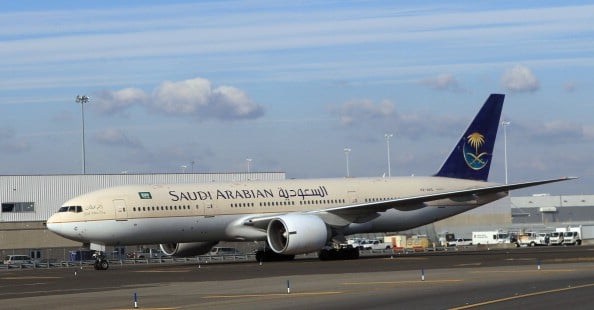 GACA announced on Friday that Qatar Airways and Bahrain’s national carrier Gulf Air had become the first foreign airlines to obtain carrier licences under which they would be able to run local and international flights in the Kingdom.

Fourteen foreign and local companies had applied for the licences, which mark a major reform of the aviation market in Saudi Arabia, the biggest Arab economy and by far the largest country in the Gulf geographically.

Foreign carriers can only fly in and out of Saudi Arabia, not within the country.

Over 54 million passengers passed through Saudi Arabia’s 27 airports last year, up 13.6 per cent from 2010, according to GACA data. But the Kingdom has one of the smallest airline networks in the region relative to its size, and passengers have complained about the limited range of flights as well as the quality of service.

In a statement to Reuters on Saturday, the GACA spokesman said Qatar Airways and Gulf Air were working on final procedures for their operating licences.

He did not comment on whether other firms among the 14 that applied for carrier licences might eventually be successful. The 14 included firms fully owned by Saudis, Gulf-Arab firms, and consortiums of Saudi-Gulf and Saudi-Chinese companies.

Over the past year, Saudi Arabia has taken steps to liberalise its economy in several areas in an effort to create jobs and diversify away from heavy dependence on oil. For example, it is trying to develop a home mortgage industry.

Earlier this month the information minister said GACA would be allowed to grant permission for airlines to raise their fares under certain circumstances, and that fuel prices at Saudi airports would be reviewed to ensure fairer competition.

“This has to happen in 2013 because there will be no competition unless that problem is solved,” he said. “This needs to be resolved before these firms start operations.”

Qatar Airways could be a strong competitor in Saudi Arabia. It is growing rapidly, and in October became the first major Gulf airline to announce plans to join the oneworld alliance, a global group of carriers which cooperate in areas such as route networks, frequent flyer schemes and procurement.

Akbar Al Baker, chief executive of Qatar Airways, has said he is interested in the possibility of launching an airline in Saudi Arabia.

By contrast, Gulf Air has been struggling; last month it cut an order for Boeing planes and revised a deal with Airbus as it restructured its fleet to reduce pressure on its finances.

Nevertheless, Riyadh has been supporting Manama politically and economically during the social unrest that has plagued Bahrain since last year. A Saudi operating licence could help Gulf Air by letting it diversify beyond its weak home market.

Officials for Qatar Airways and Gulf Air declined to comment on the airlines’ plans when contacted by Reuters on Saturday.