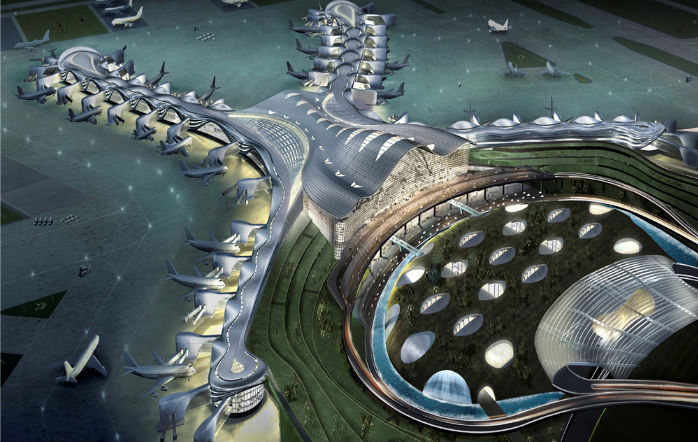 The mid-field terminal, so called because of its location between the airport’s two runways, is one of the key infrastructure projects under construction in the capital of the United Arab Emirates.