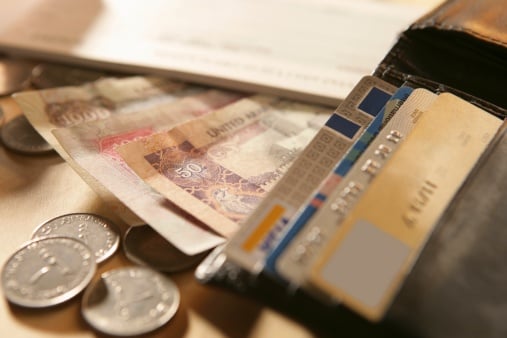 About 40 per cent of Saudis are uncomfortable with their debt levels, a new survey by US-headquartered investment firm Morgan Stanley showed.

This compares with around 30 per cent of respondents who said that they were comfortable with the amount of debt they have.

The survey, which polled 1,000 Saudi nationals, showed that the majority of the respondents are, however, comfortable with taking a bank loan for large ticket purchases despite reservations about their debt levels.

Car purchases topped the list for Saudis taking a bank loan but the second most common reason was to consolidate existing debts. This could indicate that existing debt levels among locals is quite high, the report said.

Consumer lending in Saudi Arabia, including credit card use, rose 8.8 per cent to reach SAR 32bn in 2014, figures from the central bank revealed.

Saudi Arabian authorities have also undertaken a number of steps to ensure that consumer debt problems remain under control.

Recently, the kingdom’s central bank announced restrictions on cash withdrawals from banks using a credit card. The 30 per cent cap on withdrawals was imposed earlier this month in an effort to ward off chronic consumer debt problems.

Under the previous rules, customers were able to get cash advances equivalent to 50 per cent of their monthly credit card spending limits, often paying large fees to do so.

But despite a possibly sizeable level of debt, only five per cent of those polled by Morgan Stanley admitted to late payments of loans and other debts. Credit card payments and loans attracted the most delayed payments while mortgages saw the least delay.

The firm also noted that the majority of Saudis were “unperturbed” by falling oil prices. Around 51 per cent said that their financial situation had improved over the last year. But this could also be due to continued government spending over the last year.

Saudi Arabia, the world’s largest oil exporter, has maintained high levels of public spending, including handing out cushy bonuses to government workers. Analysts estimate that the kingdom will have to slow down spending soon if oil prices continue their bearish run.