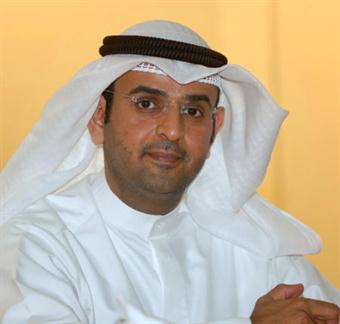 Kuwait is replacing the head of its securities regulator after a stormy four years during which he drew criticism from some investors for his attempts to clean up the bourse and for the stock market’s weak performance.

Kuwait’s freewheeling stock market has one of the worst reputations in the region for patchy corporate disclosure and illicit trade.

Wealthy individual investors dominate the $113 billion market, and some resented Saleh al-Falah’s efforts, as chairman of the Capital Markets Authority (CMA), to crack down on improper speculation. Longstanding tensions between Kuwait’s parliament and the cabinet made the dispute a political issue.

Falah, who has held the post since the CMA began operating in early 2011, will be replaced next month by former finance minister Nayef al-Hajraf, state news agency KUNA quoted a cabinet decision as saying on Tuesday.

Falah was originally slated to have a five-year term, but rules were changed this year to reduce a CMA chairman’s tenure to four years, bringing his time in office to an end in September, local media reported.

The difficulty of reforming the stock market has held Kuwait back while Middle East peers Qatar and the United Arab Emirates were upgraded to emerging market status by international index compiler MSCI in May. The standard of a country’s regulatory framework and consistent enforcement of rules are among its criteria for gaining that status.

Hajraf will face a challenge balancing the public and political pressures on the CMA with Kuwait’s desire to develop its financial industry.

Hajraf once served briefly as finance minister and was also education minister. He became a board member of the CMA upon its creation; in his 40s, he has a reputation as an effective policymaker.

Falah and Hajraf could not be contacted for comment on Tuesday and a CMA spokesman was not available to comment on the reasons for Falah’s departure and the authority’s plans.

One reason is persistent conflict between parliament and the cabinet, which is chosen by a prime minister, appointed by the emir.

Another reason, foreign fund managers say, is Kuwait’s reputation as an opaque market dominated by speculators. A Reuters survey of a dozen international funds in February found Kuwait ranked bottom among five major Middle Eastern markets in its reputation for corporate information disclosure and enforcing rules against illicit trading.

Falah set out to change this by tightening regulation. In June 2013, the CMA issued new corporate governance rules for listed companies.

In March this year, a complaint by the CMA led to a Kuwaiti court fining the chairman of Al Ahli Bank KD1.5 million ($5.3 million) over alleged insider trading in the bank’s shares. The chairman denied wrongdoing.

Such crackdowns triggered occasional tumbles by the market’s small-cap shares as speculators ran for cover, prompting sharp criticism of Falah by some investors.

Protests at CMA policies prompted it to delay implementation of some, including the deadline for the corporate governance reforms which was pushed back by 18 months to June 2016.

Investors’ complaints made their way into parliament. A parliamentary committee has been discussing proposed amendments to the law governing the CMA, in an apparent effort to bring the authority partially under the control of parliament.

“Any change in the law to make the CMA less independent will prevent the Kuwaiti stock exchange from reaching the level of an emerging market,” said Fouad Abdulrahman Alhadlaq, deputy general manager at Al Dar Asset Management.

He added that the CMA needed to be strict in enforcing market rules, although that would not please traders. “Any leniency that the CMA can show will not be as much as the traders want.”