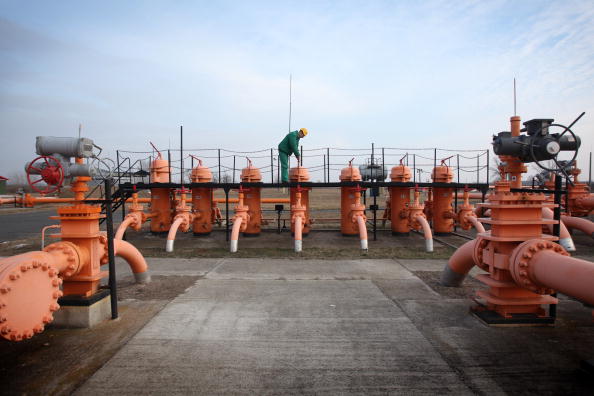 There was something for everyone in the International Energy Agency’s (IEA’s) latest world energy outlook, but supporters of coal, renewables, and oil and gas are all likely to take away the wrong messages.

The comprehensive report, released on Nov. 13, outlined an energy future where natural gas overtakes coal by 2030 to become the world’s second-largest energy source.

There was positive news for renewables as well, with the agency forecasting that the sector would overtake coal in power generation by 2040 with a share of just over 40 per cent.

Even if this sounded like bad news for coal, the IEA still believed that use of the high-polluting fuel will remain largely flat over the forecast period as gains in Asia ex-China are offset by declines in Europe and North America.

If this forecast is correct, it means coal-exporting countries focused on Asia, such as Australia, Indonesia and South Africa, can look forward to years of solid demand.

There were two caveats in the report, however, that show the reality of the next two decades of global energy consumption could potentially be quite different from the forecasts.

The first was that carbon emissions continue to grow under the IEA’s main scenario on a “slow upward trend” to 2040, which will be a “trajectory far out of step with what scientific knowledge says will be required to tackle climate change.”

Following on from that thought was an acknowledgement that government policies across the world will drive the future of energy production and consumption.

“Government policies and preferences will play a crucial role in shaping where we go from here,” the IEA said.

It’s here that the tide would appear to be shifting in favour of stronger action to mitigate climate change, especially in countries such as China and India where energy demand is expected to grow strongly.

The world’s two most populous nations both battle air pollution – largely blamed on burning coal for both power and industry – as well as rising vehicle emissions as the emerging middle class buys more cars.

China already has stringent policies in place to lower air pollution over winter, such as closing down steelmaking and aluminium plants and switching residential heating to natural gas from coal.

India is probably not too far behind, given that its capital New Delhi is now more polluted than Beijing.

While there are governments and leaders that deny climate change, such as U.S. President Donald Trump and Australian Prime Minister Scott Morrison, they are becoming exceptions rather than the rule.

The risks to the IEA scenario appear to be stacked in favour of a faster-than-forecast adoption of renewable energy, mainly at the expense of coal and natural gas in power generation, and of crude oil for transportation.

The trend of the past decade has been coal losing favour as renewables and natural gas expand their market share.

The natural gas industry has been quite happy to target coal, bolstered by the fact it is less polluting and increasingly available, especially after the shale gas boom in the United States and the subsequent massive investment in liquefied natural gas (LNG) there, and in places like Australia.

The risk to the gas industry is that in its glee to kill off coal, it isn’t seeing renewables in the rearview mirror.

The September GasTech event in Barcelona was a case in point. This was the gas industry’s largest annual gathering and featured dozens of speakers from the major players.

The standout theme of the conference was the absolute confidence the natural gas and LNG industries have in their future, and that they are not just a transition fuel between coal and renewables, but are a permanent part of the energy landscape.

The 53-page report on the event and its various sessions mentioned the word “renewables” only three times.

Solar and wind didn’t appear in the document at all. Climate change was mentioned just once, and only in relation to limiting emissions from methane leakage.

One of the common notions in the natural gas industry is that the fuel is a great fit with the more intermittent renewables such as wind and solar.

But there seems to be little effort on the industry’s part to seriously partner with the renewables sector to ensure that together they dominate the future of electricity generation.

The main risk from the IEA report is that all energy players see in it what they want to see, rather than viewing it as only one possible future out of many.