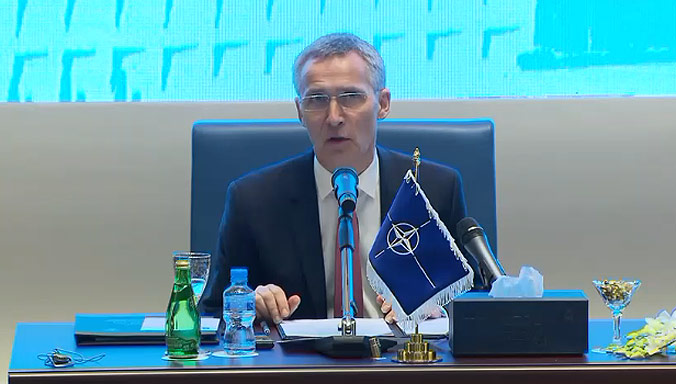 Western military alliance NATO opened its first office in the Gulf region in Kuwait on Tuesday with a call to boost security and military cooperation.

The centre in Kuwait City is based on the Istanbul Cooperation Initiative (ICI) launched by NATO leaders in 2004 with the aim of improving security ties with the Middle East.

“This is not a full-fledged military cooperation, meaning any collective security guarantees, but it is a way for NATO to work even closer with good friends, good partners in the Gulf region,” NATO secretary general Jens Stoltenberg said.

“This NATO Centre in Kuwait is a new home for NATO and it it provides an excellent potential for expanding further our cooperation and we will also provide mobile training teams from our Joint Force Command in Naples that can work together with personnel and officers in the region.”

Gulf states Bahrain, Kuwait, Qatar and the UAE are all ICI members.

The opening comes as NATO faces doubts of its effectiveness from US President Donald Trump.

In an interview with UK newspaper The Times days before his inauguration he suggested NATO was obsolete and had not been effective at fighting terrorism.

“I’m absolutely certain that the new President, President Trump and the new US Administration will be fully committed to NATO and to the Trans-Atlantic Partnership and the importance of the security guarantees. I’m absolutely certain partly because this is in the interests of both Europe and United States,” Stoltenberg said in response to questions from the press yesterday.