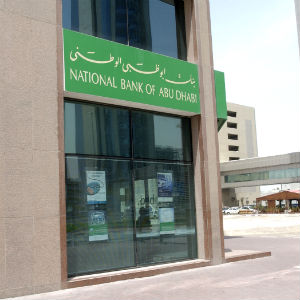 National Bank of Abu Dhabi, the largest lender by market value in the United Arab Emirates, is eyeing a presence in South Korea as it seeks to expand its footprint in Asia.

A potential move by the bank into the country would also reinforce growing economic and political ties between the UAE and South Korea, most notably with Korean companies leading the construction of the UAE’s first nuclear power plant.

“Given the UAE and Korea continue to expand commerce and cultural links, it is natural that we study the Korean market for entry,” said Ernest Law, regional manager of NBAD-Hong Kong, who manages NBAD’s functions in Asia.

“Korea is a promising market and NBAD certainly sees great opportunities and potential,” he said in a statement.

The Seoul government would provide administrative assistance for NBAD’s potential expansion into South Korea, while the bank will support and contribute to the development of the Seoul International Financial Centre as a regional financial hub, the statement added.

NBAD opened a representative office this year in Shanghai, China and launched a wholly-owned subsidiary in Malaysia. The bank also has a presence in Hong Kong, as well as the Middle East, Africa, Europe and the United States.

Last week, NBAD, majority-owned by the Abu Dhabi government, reported a net profit of Dhs1.12 billion ($304.9 million) in the third quarter, up nine per cent year-on-year.